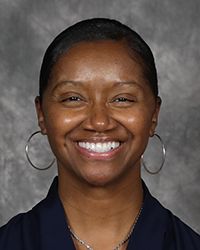 In Bond’s first season on staff, Missouri State won its second straight Missouri Valley Conference regular season title, making it through the league schedule without a loss for the first time in program history. The Lady Bears earned a No. 5 seed in the NCAA Tournament and took a 19-game win streak into the Sweet Sixteen, ending the year with a 23-3 record.

Missouri State finished 14th in the USA Today Coaches Poll – MSU’s highest ranking since 2001 – and 20th in the Associated Press poll in 2020-21, logged a perfect road record for the first time in school history at 11-0, and set a program record with a plus-10.8 rebound margin. Two Lady Bears earned MVC specialty awards, with Brice Calip collecting Player of the Year honors and Jasmine Franklin being named the Defensive Player of the Year.

Bond boasts a decorated resume with stops at five Power Five schools, most recently spending the 2019-20 season at Texas Tech, where she assisted the Red Raiders to their best Big 12 finish in seven seasons and mentored All-American and WNBA draft pick Brittany Brewer.

Bond was on staff at Michigan State from 2015-19, where she worked alongside Coach Mox and coached current Missouri State assistant Tori Jankoska. The Spartans made three NCAA Tournaments and one WNIT during her tenure, and she helped sign a top 10 recruiting class while in East Lansing.

Prior to Michigan State, Bond was an assistant at Wisconsin for four seasons, and served as the director of operations at Arizona from 2008-11. She also has assistant coaching stops at Central Florida, Murray State and Tennessee State.

From 1998-2001, Bond was director of operations at Tennessee under hall of fame head coach Pat Summitt. She held the position of Director of Special Programs for USA Basketball from 1997-98.

In addition to her coaching and administrative stops, Bond worked as a sports anchor, reporter and producer at NBC affiliates in both Knoxville, Tenn., and Columbus, Ohio, in the early 2000s, and was the color analyst on Tennessee and Ohio State women’s basketball broadcasts at those respective stops.

Born in St. Louis and raised in Los Angeles, Bond graduated from Ohio State in 1995 with a degree in marketing. She played point guard for the Buckeyes and helped OSU to the 1993 national championship game. She appeared in 110 career games in four years, was named Ohio State’s best defensive player and was a team captain her junior and senior seasons.