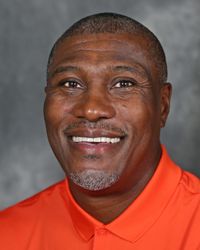 Posey played 12 seasons in the NBA for the Denver Nuggets, Miami Heat, Boston Celtics, New Orleans Hornets and Indiana Pacers, winning NBA championships with the 2006 Heat and the 2008 Celtics. He won an additional title as a member of the 2016 Cleveland Cavaliers coaching staff. As a player, he appeared in 864 games, averaging 8.6 points per game.

Posey worked as an assistant coach for the Cleveland Cavaliers from 2014-19, supporting head coaches Tyronn Lue and David Blatt. While in Cleveland, he developed offensive and defensive game plans and was essential in the improvement of Kevin Love, Tristan Thompson, and David Nwaba. He was also the head coach of the Cavaliers’ 2018 Summer League team in Las Vegas, leading his squad to the semifinals. He also spent one season as an assistant coach for the Canton Charge of the then-named NBA D-League, serving as an integral part of the development of multiple NBA call-ups, Jorge Gutierrez, Kevin Jones, Shane Edwards and Arinze Onuaku. Posey was a three-time participant in the NBPA Top 100 High School Basketball Camp coaching program, held at John Paul Jones Arena, before beginning into his coaching career.

Posey played collegiately at Xavier University where he was the 1999 A-10 Defensive Player of the Year, 1998 A-10 Championship Most Outstanding Player, and a two-time recipient of A-10 Sixth Man Award before being selected 18th in the 1999 NBA draft by the Denver Nuggets. He graduated from Xavier in 1999 with a bachelor of arts in Criminal Justice.