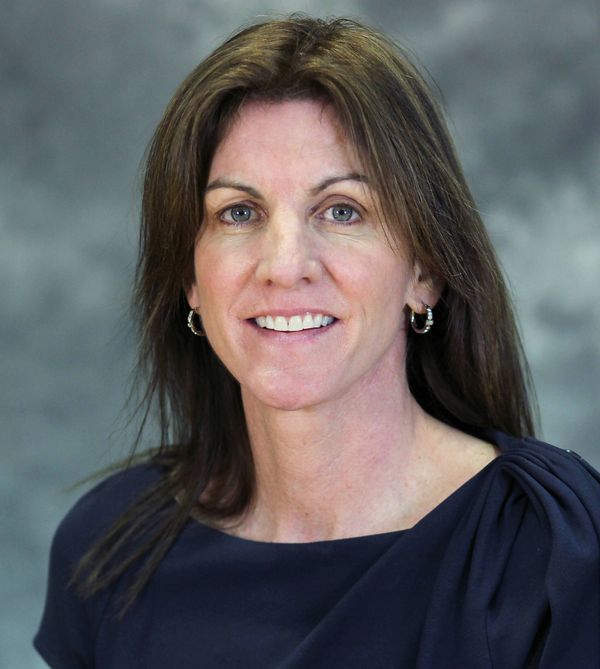 On April 9, 2011, Joanne Boyle was announced as the fourth head coach in the history of the Virginia women’s basketball program.

Boyle, a veteran of 16 seasons as a head coach, has tallied over 300 wins in her career includes nine 20-win seasons. She has led her teams to 13 post-season berths, including five NCAA Tournament appearances, with her 2008-09 California squad advancing to the Sweet-16 for the first time in program history.

In her first six seasons in Charlottesville, Boyle has amassed a 110-85 record that includes eight upset victories over top-25 opponents, including three wins over top-10 opponents at John Paul Jones Arena when Boyle’s Cavaliers closed out the 2014-15 regular-season with a 75-59 victory over No. 8 Louisville. In 2013-14, Boyle’s UVA squad registered an 86-72 victory over No. 6 Maryland, a team that would go on to play in the 2014 Final Four, in the Terps’ last-ever visit to JPJ as an ACC opponent. Boyle, in her fourth game at the helm of the Cavaliers, led her team to a 69-64 overtime victory over No. 3 Tennessee.

Boyle closed out her tenure in Charlottesville with her 2017-18 team earning the program’s first NCAA Tournament berth since 2010. She led Virginia to a 19-14 record that season and the Cavaliers advanced to the second round of the NCAA Championships as a No. 10-seed in the tournament. It marked the sixth time Boyle has directed a team to the NCAA tournament. She did so once at Richmond and four times in six seasons at California.

Boyle announced her retirement from coaching on March 20, 2018. She led the Virginia program for the past seven seasons, compiling a 129-98 record. During 16 seasons as a head coach at Richmond, California and UVA, she compiled a career record of 333-191.

Known throughout her career for her talents as a recruiter, Boyle signed back-to-back-to-back top-20-ranked recruiting classes in 2012 and 2013 that included a pair of Gatorade State Players of the Year, two members of the 2013 Parade Magazine High School Girls All-America Team and a gold-medalist from the 2011 USA Basketball U16 team that swept through the FIBA Americas Championship. Boyle’s 2016-17 freshman class, which was ranked in the top-15 in the nation, included the Gatorade State Players of the Year from both New York and New Jersey.

Boyle transformed the squad into one of the stingiest defensive teams in the ACC. In her first season at UVA, the Cavaliers led the ACC by holding opponents’ scoring to 54.1 points per game, the lowest opponent scoring average since 1975-76. The team also held a record-setting 26 opponents to under 60 points. The year before Boyle arrived, the team was allowing 64.5 points per game, a reduction of over 10 points per game. Boyle had a similar impact when she took over at California, with the Bears allowing 60.1 points per game in her first season (2005-06) after averaging 71.3 points allowed the year before. The Cavaliers defensive prowess has continued with the 2016-17 Cavaliers ranking in the top-20 in the nation in three different statistical categories throughout the season, including ranking as high as second in three-point field goal defense.

Under her tutelage, Boyle’s players have been recognized as being among the top athletes in the elite Atlantic Coast Conference with Ariana Moorer, Ataira Franklin and Faith Randolph being named to the All-ACC team, with Franklin earning first-team honors in 2013. Lexie Gerson was twice named to the All-Defensive team while Faith Randolph was named the conference’s Sixth Player of the Year in 2014. In 2016-17, Virginia had two players named to the ACC All-Freshman Team, a first for the program, with Jocelyn Willoughby and Dominique Toussaint earning the accolade in voting by both the league’s head coaches and the media. During Boyle’s tenure, two players, Simone Egwu and Breyana Mason, have earned the prestigious ACC’s Weaver-James-Corrigan Postgraduate Scholarship, matching the previous total in the program’s history. In 2014-15, Boyle’s players were ranked in the top-10 in the ACC in eight different statistical categories including Randolph who just was the fifth player in ACC history to win the free throw crown while shooting over 90 percent from the stripe.

Prior to being named head coach at UVA, Boyle was the women’s head basketball coach at the University of California at Berkeley for six years (2005-2011).

Boyle compiled a 137-64 (.682) record with the Golden Bears. She led California to postseason play each year she directed the program, including four NCAA tournament appearances and two trips to the Women’s National Invitation Tournament with the Golden Bears being crowned  the 2010 WNIT champions.

Boyle began her head-coaching career at the University of Richmond in 2002. In three years she led the Spiders to a 67-29 (.698) record, winning at least 21 games each season. Her final year at Richmond the Spiders went 23-8 and advanced to the NCAA Championships.

When Boyle took over as the California head coach in 2005 she inherited a program that had gone 12 consecutive seasons without a winning record. Among the highlights during her career at California:

Named the 2011 Women’s Basketball Coaches Association’s Carol Eckman Award winner which is presented annually to an active WBCA coach who exemplifies Eckman’s spirit, integrity and character through sportsmanship, commitment to the student-athlete, honesty, ethical behavior, courage and dedication to purpose.

In 2008-09, spent four weeks at a program-best No. 3 ranking in both the AP and USA Today-ESPN Coaches’ polls

Coached the 2010 Frances Pomeroy Naismith Award winner (Alexis Gray-Lawson), an honor given to the top player in the nation 5-8 and under

Boyle is highly regarded in the women’s basketball community. She is a member of the State Farm/Wade Trophy selection committee and was a member of the USA Basketball Junior National Team Committee (2009-2012). In 2006 she was an assistant coach for the USA team that competed in the 2006 FIBA Americas U20 Championship for Women and a member of the WBCA Board of Directors.

Boyle, who grew up in Monroeville, Pa., was inducted into the Pennsylvania Sports Hall of Fame (East Boros Chapter) in October of 2012.

Boyle served as an assistant coach at Duke from 1993 to 2002. During that nine-year span the Blue Devils recorded a 225-121 record, advancing to the NCAA Championships the last eight seasons and making Final Four appearances in 1999 and 2002.

A four-year letterwinner at Duke, Boyle graduated in 1985 with a degree in economics and obtained a master’s of science degree in health policy and administration from North Carolina in 1989. Her 75 steals during the 1984-85 campaign remained the highest single-season total until Alana Beard broke the mark in 2000-01. Prior to starting her coaching career at her alma mater she played professionally in Luxembourg and Germany for three years.

Boyle and her daughter, Ngoty, reside in Charlottesville.