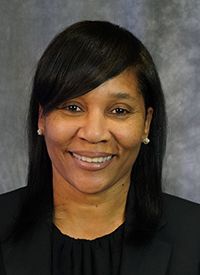 Karleen Thompson was named the associate head coach of the Cavaliers in July of 2018.

Thompson is a coaching veteran in the WNBA with the Houston Comets, Los Angeles Sparks and most recently with the Atlanta Dream. She has also served as an assistant coach at Clemson from 2010-13.

Thompson served as the head coach and general manager of the Houston Comets from two seasons from 2007-08, promoted to that position after serving as an assistant coach with the Comets the two prior seasons.  Before coaching with the Comets, Thompson spent eight years in the Los Angeles Sparks organization. She joined the Sparks in 1997. In 2004, she served as interim co-head coach following the mid-season departure of Cooper to join the staff of the Denver Nuggets of the NBA. She helped guide the Sparks to an 11-3 record over the final 14 games of the regular season, clinching the league’s best overall mark (25-9). Thompson helped the Sparks to WNBA titles in 2001 and 2002 and served as an assistant on the Western Conference All-Star for two seasons (2002, 2003). She was also an assistant coach for the WNBA Select Team that captured second place in the FIBA Women’s World Cup 2003 which was held in Samara, Russia.

Thompson served as assistant coach and defensive coordinator at Clemson for three seasons from 2010-13, before returning to the WNBA as the associate head coach of the Atlanta Dream from 2013-17.

Thompson is a 1997 graduate of the University of Southern California where she lettered in basketball for two seasons on a Trojan team that alongside Tina Thompson. She began her collegiate career at Contra Costa College in Northern California, where she was a Kodak All-American and later earned a spot in the Junior College Hall of Fame.
She is the mother of two daughters, Ayesha and Keisha, and a very proud “Nana” of identical twin grandsons, Tyler and Kameron.