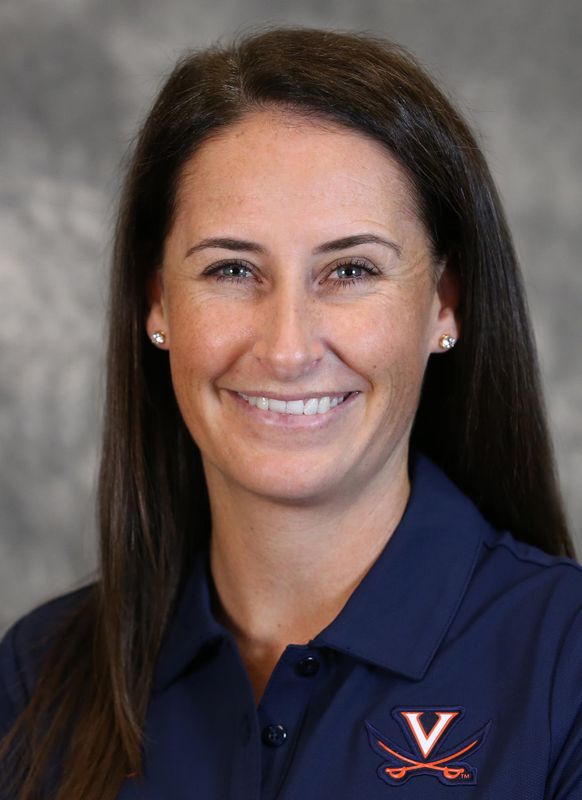 In 2022-23, Sara O’Leary enters her sixth season as the head coach of the Virginia women’s tennis program.

O’Leary has continued to lead the Virginia program back to prominence. She inherited a program that was ranked No. 43 in the 2017 final ITA team rankings. Under her guidance, the Cavaliers reached a season-high No. 9 in the 2019-20 campaign, topped by a No. 8 ranking in 2020-21 before returning to the top-five in 2021-22 with a No. 4 ranking, the second-highest ranking in program history. The 2021-22 team, which advanced to the NCAA Quarterfinals, finished the year ranked No. 5, the program’s highest-ever end-of-year ranking.

O’Leary’s keen focus on player development has manifested itself in the honors earned by her players. In her five years in Charlottesville, the Cavaliers have garnered 11 All-America honors, more than during the program’s entire history prior to her arrival. Natasha Subhash and Emma Navarro earned back-to-back ITA National Freshman of the Year honors with Navarro also twice being named as a finalist for the Honda Sport Award for Tennis. The Honda Sport Award has been presented annually by the Collegiate Women’s Sports Awards foundation to the top women athletes in 12 NCAA- sanctioned sports and signifies “the best of the best in collegiate athletics”.

Virginia’s 2021-22 season saw the Cavaliers hitting significant milestones. In addition to a return to the top-five in the national rankings, the team earned the right to host both an NCAA Regional and Super Regional with its No. 5 seed in the championship. With the road to the finals site of Champaign, Ill. going through Charlottesville, the Cavaliers posted a 4-1 victory against No. 12 Oklahoma State to earn their first trip to the quarterfinals since 2016, and just the third trip to the Elite Eight in program history. The Cavaliers warmed up for their NCAA tournament run with a deep run in the ACC Championship, advancing to the final for the first time since 2014 by upsetting No. 1 North Carolina 4-2 in the semifinals. Emma Navarro earned the No. 1 seed in the NCAA Singles Championship, a program first, and she and Hibah Shaikh were the No. 3 seed in the doubles tournament, the first time in program history a UVA duo was named a top-four seed in the field. Navarro and Shaikh were doubles All-Americans while Navarro and Subhash earned the honor in singles.

The 2020-21 season saw the Cavaliers hosting an NCAA Regional and winning said regional to make the Round of 16 for the first time since 2016. The team also saw a program first at the individual championships with four players advancing to the NCAA Quarterfinals in doubles. No UVA player had ever advanced out of the Round of 16 in that championship. Emma Navarro and Rosie Johanson took it one step further, making the semifinals. The Cavaliers also had two players in the singles championship, with Navarro slicing through the field to become the second player in program history to win the NCAA Singles Championship, joining Danielle Collins who did so in 2014 and 2016. O’Leary’s players earned six All-America honors with Subhash and Navarro earning the distinction in both singles and doubles and Johanson and Sofia Munera being named All-Americans in doubles.

In 2019-20’s shortened season, Virginia posted a 10-5 record that included a 3-3 mark in the ACC as the Cavaliers faced 11 teams ranked in the top 25 and six wins over those opponents. Included in that group was a win at No. 3 NC State which was only the program’s fifth win over a top-five opponent in program history.  O’Leary coached freshman Natasha Subhash to a top-10 singles rankings and the ITA Atlantic Championship in singles. Subhash also advanced to the semifinals at the Oracle/ITA Masters tournament and the second round at the ITA All-American Championship. Four players were nationally ranked in singles when the season was halted and six different players had appeared in the singles rankings throughout the year. Three doubles teams also appeared in the rankings at the season’s end, with the pairing of Sofia Munera and Amber O’Dell taking a runner-up finish at the ITA Atlantic Regional.

In her second season at the helm of the program, O’Leary led the Cavaliers back to the second round of the NCAA Tournament with an 18-9 record, while coaching Meghan Kelley to All-ACC First Team honors. She also coached Kelley to a berth in the NCAA singles championship and Kelley and freshman Sofia Munera to a berth in the NCAA doubles championship. Five players were named ITA Scholar-Athletes for the season, while Kelley and Munera were named to the ACC Women’s Tennis All-Academic Team.

In her first season at the helm of the program (2017-18), O’Leary guided the Cavaliers to an impressive turnaround as she took Virginia back to the NCAA Tournament for the 18th time in program history. Virginia advanced to the second round of the tournament and posted a 16-9 record with the same roster that missed the post-season the year before her arrival. She also coached Rosie Johanson and Meghan Kelley to All-ACC honors. Johanson was selected to compete in the NCAA Singles Championships, while she and Johanson were selected as a pair to compete in the NCAA Doubles Championship.

O’Leary joined the Cavaliers after a three-year stint as the head coach at Davidson. She took over the Davidson program in July of 2014 and guided the Wildcats to three consecutive winning seasons. Her team finished 12-10 in 2015, 18-5 in 2016 and 15-6 in 2017. She was named the Atlantic 10 Coach of the Year after the Wildcats reached the conference finals during her second season. During her time at Davidson, the players she coached received all-conference honors 10 times.

O’Leary has also been directly involved with USTA Player Development, as a coach for the USTA Collegiate National Team in the summer of 2015.  During these three months, she coached and mentored some of the nation’s top collegiate players including Jamie Loeb and Brooke Austin, who finished the 2015 season nationally ranked No. 3 and No. 4, respectively.

Prior to taking over the Davidson program, O’Leary was an assistant coach at North Carolina, her alma mater, from August of 2008 to June of 2014.  During her six years as an assistant coach, O’Leary helped the Tar Heels reach the NCAA Tournament each year, including the 2014 season when UNC reached its first national championship match before falling to UCLA 4-3.

In addition to capturing the 2014 Atlantic Coast Conference regular-season title and finishing third in the ITA national rankings, the Tar Heels posted a 29-6 record, which was one win shy of the program record set in 2010. O’Leary also coached four players in 2014 that received All-American honors, including Loeb, the No. 1 player in the country.

The Tar Heels won the 2013 ITA Indoor Team Championship and finished the season ranked No. 4 nationally, while Loeb won the 2013 ITA All American tournament and the 2013 ITA National Indoor tournament. That year, O’Leary helped North Carolina recruit one of the nation’s top classes.

O’Leary earned ITA Carolina Region Assistant Coach of the Year honors during the 2009-10 campaign, when the Tar Heels advanced to the national semifinals for the first time in school history. UNC finished with a school-record 30 wins and an ACC-record 11-0 mark in league play.

In 2011, O’Leary was named ITA National Assistant Coach of the Year after North Carolina won its first ACC title in nine years and reached the quarterfinals of the NCAA Championships.

O’Leary, who played at North Carolina under her maiden name of Anundsen, earned All-America honors in 2006 and 2007, and helped lead the Tar Heels to a pair of Sweet 16 and an Elite Eight appearances. During her senior season, she combined with Jenna Long to win the 2007 NCAA doubles title – the first national championship in UNC program history. They were named the ITA National Doubles Team of the Year. O’Leary reached the semifinals of the NCAA doubles championship as a junior in 2006.

O’Leary graduated from UNC with a degree in management and society in 2007. She twice was named to the Dean’s List and earned ACC Honor Roll honors three times, while being named to the ACC All-Academic Team twice. During her senior year, she was named to the CoSIDA Academic All-District III team.

Following her graduation, O’Leary began her coaching career as an assistant at Princeton during the 2007-08 campaign. That year she helped the Tigers land the nation’s top-ranked recruiting class.

A native of Littleton, Colo., she was named to the Colorado Tennis Hall of Fame as part of the Class of 2015 in January. She was also a three-time state singles champion while playing for Columbine High School. She and her husband, Tom, have one son.