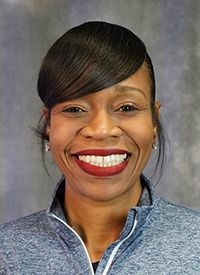 On April 16, 2018, Tina Thompson was named the fifth head coach in Virginia women’s basketball program history. On March 3, 2022, Virginia director of athletics Carla Williams announced the termination of her contract with one year remaining on it.

Thompson’s background is one of the most impressive in the history of women’s basketball. She retired as the all-time leading scorer in WNBA history, a two-time Olympic gold medalist, a four-time WNBA champion and was the first player drafted in the history of the WNBA. She was named to the WNBA’s Top-25 All-Time list as part of the league’s 25th anniversary celebration. She was also named a recipient of the NCAA’s 2022 Silver Anniversary Award, recognizing distinguished individuals based on their civic contributions on the 25th anniversary of the conclusion of their college athletics careers.

Throughout her 17-year professional playing career, Thompson was a four-time WNBA champion with the Houston Comets (1997, 1998, 1999, 2000), a member of the WNBA All-Decade team, an eight-time All-WNBA team selection, a nine-time WNBA All-Star and the WNBA All-Star MVP in 2000.

After 12 seasons in Houston, the Los Angeles native returned to her hometown in 2009 as a member of the Los Angeles Sparks. She became the WNBA’s all-time leading scorer on August 8, 2010, scoring her 6,264th career point to pass Lisa Leslie.

Thompson ended her professional career with the Seattle Storm in 2013 as the league’s all-time leading scorer with 7,488 points in 496 games played (15.1 ppg), a mark that stood until it was eclipsed by Diana Taurasi in 2017.

On the international level, Thompson has won two Olympic Gold Medals as a member of Team USA in 2004 (Athens) and 2008 (Beijing). She has also participated in other professional leagues overseas. Following the 2001 WNBA season, she played for Rovereto Basket in Italy and in 2003 she joined the Kumho Falcons of the Women’s Korea Basketball League (WKBL). In 2006 and 2007, she played for Spartak Moscow Region (Euro league) and in 2010 for the MCM Targoviste in Romania, winning championships in Russia, Korea and Romania.

Thompson has built a staff at Virginia filled with WNBA veterans, including associate head coach Karleen Thompson, a coaching veteran in the WNBA with the Houston Comets, Los Angeles Sparks and most recently with the Atlanta Dream. Former assistant coach Monica Wright played for the Minnesota Lynx and the Seattle Storm. Thompson and her 2020 staff won a combined eight WNBA titles. In 2021, Thompson added three-time NBA champion James Posey to the bench as an assistant coach.

In her first two seasons in Charlottesville, Thompson led the Cavaliers through a schedule filled with some of the toughest opponents in women’s basketball, including two games against Mississippi State and a trip to Connecticut to take on UConn. Virginia played the toughest non-conference schedule in women’s basketball during the 2019-20 campaign after having a strength-of-schedule ranked in the top-five the year before. Thompson’s seasoned squad had a late-season surge in which the team won five of its final eight regular-season games to earn a first-round bye in the ACC Tournament. She oversaw the final two years of the playing careers of first-round WNBA draft pick Jocelyn Willoughby and Dominique Toussaint, whose names are littered throughout the Virginia record book. In Willoughby’s senior season, she became just the second-ever Cavalier to lead the ACC in scoring, averaging 19.2 points per game. Willoughby became the first Cavalier in a decade to be named to the All-ACC first team and was the first player since 1996 to earn Academic All-America honors.

Thompson’s third season in Charlottesville was a challenge beyond anything seen before in college sports: the COVID-19 pandemic. Thomspon guided the squad beset by injuries through the challenges of the protocols before the decision was made on Jan. 14, 2021 to cancel the remainder of the season. “We have the pleasure of coaching a very resilient group of young women who have fought through injuries, a strict COVID-19 protocol, and all the mental battles that come with it,” Thompson said. “The decision to end our season mid-stream comes with great difficulty. As difficult as it is to end our season in this manner, it is a necessary one.  The health and safety of our student-athletes will always be the number one priority.”

In Thompson’s fourth and final season, the Cavaliers posted a 5-22 overall record and a 2-16 mark in the ACC, earning the No. 14 seed in the tournament before falling the first round against Wake Forest. The team’s roster was filled with transfer players including Lisa Leslie Award Watch List member Eleah Parker, a two-time Ivy League Defensive Player of the Year at Penn. The team received a midseason infusion with the addition of McDonald’s High School All-American Mir McLean, who transferred from UConn in January and was granted a waiver of immediate eligibility to play starting midway through ACC Play.

Thompson finished her Virginia career with a 30-63 record.

Thompson joined Karen Aston’s staff at Texas in May of 2015 as an assistant coach. She was promoted to associate head coach last September. During her tenure at Texas, she focused on the development of the Longhorns forwards and post players. Texas recorded a 28-7 record in 2017-18, reaching NCAA Sweet 16 in Kansas City. The Longhorns went 84-21 (.800) during her three seasons in Austin. The 2016-17 Texas team reached the Sweet 16 of the NCAA Tournament and the 2015-16 squad compiled a 31-5 mark on the way to an NCAA Elite Eight appearance.

In her first year in Austin, Thompson was heavily involved in the development of senior center Imani Boyette, who earned honorable mention All-America honors from both the Associated Press and the Women’s Basketball Coaches Association and was the fourth player in school history to be drafted in the first round of the WNBA Draft, going to the Chicago Sky with the 10th overall pick in 2016. Thompson was also responsible for the development of Kelsey Lang who was a 2016-17 All-Big 12 Honorable Mention selection, earned CoSIDA Academic All-District honoree and top-30 finalist for the prestigious Senior CLASS Award.

In 2018, Texas saw Ariel Atkins taken as the No. 7 selection by the Washington Mystics during the WNBA Draft. This was a very proud moment for Thompson as she saw Ariel’s dreams come into fruition, those long hours the two spent in the gym truly had paid off.

A three-time All-Pac 10 selection at USC, Thompson was a second-team All-American as a senior in 1997. She finished fifth on USC’s career lists in scoring (2,248 points) and (1,168 rebounds). Her No. 14 jersey was hoisted to the rafters in a special pregame ceremony when the Cavaliers played at her alma mater on November 9, 2019.

Thompson graduated from USC in 1997 with a degree in sociology and a minor in psychology. Thompson was born in Los Angeles as one of five siblings — and has two brothers and two sisters. She has one son, Dyllan, who was born in 2005.