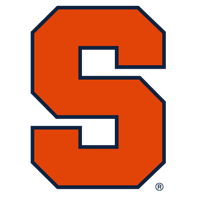 “The individual defending was much better than it was on Friday night,” Gelnovatch said. “That was the challenge first and foremost. We continued to create chances and took them well. We had good combinations in the attacking half, good free kicks and attacking free kicks. The piece that was just missing in these games we were losing was the individual fielding in the last third of the field, and that was there tonight. If we keep that up, we will be in good shape.”

The Cavaliers have now scored 10 goals over the last three matches. Virginia out-shot Providence 11-6 and posted four corner kicks to two for Providence. The Friars were called for 17 fouls, and UVa was whistled for a dozen fouls.

While the teams slogged through much of a chippy first half in the middle third of the field, Virginia capitalized on a pair of scoring chances to take a 2-0 lead into intermission. In the 12th minute, Scott Thomsen (So., Brick, N.J.) sent a corner kick to the top of the box, where Bird used one touch and ripped a low shot to the far corner for his second goal of the year.

Bird struck again in the 41st minute, combining on a give-and-go with Marcus Salandy-Defour (So., Kensington, Md.) before firing a low shot from 20 yards out past a diving Broome. The shot was just the Cavaliers’ third of the half.

The Cavaliers created many more chances in the second half before cashing in on a free kick in the 68th minute. Inserted in the game to start the second half, Foss took the free kick from 25 yards out and launched a swerving ball over the wall and into the upper right corner for his first career score.

Another Cavalier freshman notched his first career goal in the 81st minute. Todd Wharton (So., Glen Allen, Va.) slipped a through ball from the top of the box past the defense to Lennon, who knocked it past Broome from 10 yards out for the goal. In scoring his first goal, Lennon became the 11th Cavalier to record a goal in UVa’s seven matches this year.

Virginia returns to ACC action next Saturday, traveling to No. 24 Syracuse for the first-ever match between the Cavaliers and Orange in men’s soccer. UVa is home next Tuesday (Oct. 1) for a matchup with No. 10 VCU.

Virginia Set for Commonwealth Clash at No. 17 Virginia Tech