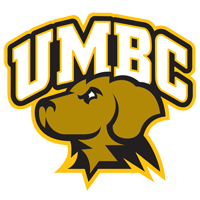 WASHINGTON, D.C. – The Virginia men’s soccer team advanced to its second straight NCAA College Cup after winning a penalty-kick shootout, 5-4, against No. 8 seed Georgetown Saturday in the quarterfinal round of the 2014 NCAA Championship. The Cavaliers silenced the Shaw Field sellout crowd of 2,232 with a Todd Wharton (Jr., Glen Allen, Va.) equalizer in the final minute of the second half, and the two sides played to a 1-1 draw following two overtime periods.

The No. 16-seeded Cavaliers move on to play unseeded UMBC next Friday (Dec. 12) at 5 p.m. in the semifinals of the NCAA College Cup in Cary, N.C. UVa is making its 12th NCAA College Cup appearance – fifth-most in Division I history.

“In my time here, that was one of the gutsiest performances I’ve seen,” Virginia head coach George Gelnovatch said. “We did a great job of understanding the crowd, the field and opponent, and dealing with all of this, and tying it with 52 seconds left and then staying tight in overtime – this team had gone into overtime twice and won quickly, and we knew that. We did a great job with all of that.

“It was a great atmosphere. My hat’s off to the Georgetown fans – I thought they were great and loud. This was a really cool environment today. They handled themselves really well.”

Virginia (12-6-3) advanced through its second straight road match in the NCAA tournament – a first in program history. The Cavaliers knocked out top-seeded Notre Dame last Sunday on the road with a 1-0 win. Georgetown finishes its season with a 14-4-5 record.

The match was played in rainy conditions throughout, with the rain picking up in intensity in the second half while field continued to deteriorate.

Georgetown out-shot Virginia, 16-8, including 5-0 in the overtime periods. The Hoyas took eight corner kicks to two for UVa. GU was called for 14 fouls, while UVa committed nine fouls.

The Hoyas broke through in the 59th minute. After Virginia failed to clear a cross near the top of the box, the Cavaliers blocked the initial shot, Austin Martz corralled the rebound and unleashed a rocket from the edge of the box, roofing it to the near upper 90 for the goal, his fourth of the season.

Down it its last gasp, Virginia equalized with just 53 seconds remaining in the second half. Sheldon Sullivan (R-Fr., Fredericksburg, Va.) sent a long cross deep into the box, where Riggs Lennon (So., Paradise Valley, Ariz.) got a head on it and Wharton finished with a header inside the near post for his third goal of the year.

Georgetown controlled the run of play throughout the two overtime sessions, with Brown saving a shot in each of the periods, including a great reaction save on a point-blank chance in the 97th minute.

Virginia converted all five of its penalty-kick opportunities, as Wharton, Patrick Foss (So., South Riding, Va.), Scott Thomsen (Jr., Brick, N.J.), Sam Hayward (So., Dallas, Texas) and Lennon buried their chances. The Hoyas scored on their first four chances, but the fifth, from Arun Basuljevic, caromed off the post.

“There were nine good PKs taken,” Gelnovatch said. “When you have to take the absolute last one, there’s a lot of pressure on you, and that’s why we wanted to go first.”