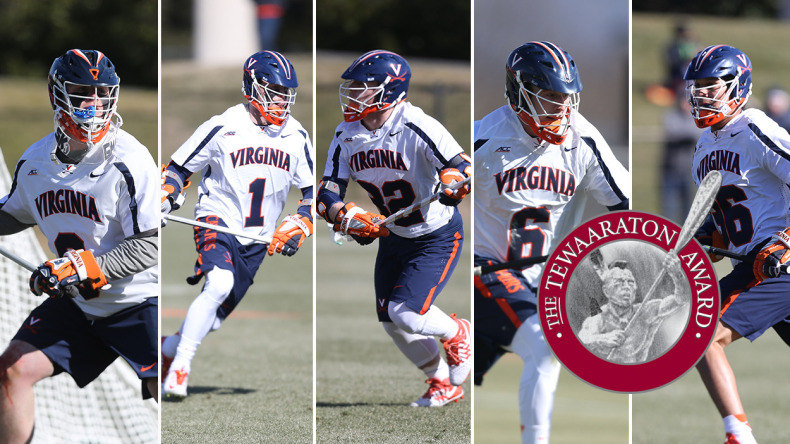 The Tewaaraton Trophy annually honors the top male and top female college lacrosse player in the United States. The selection committees are made up of top collegiate coaches and are appointed annually by the Tewaaraton Foundation.

Virginia has three different former players that have won the prestigious trophy, the most in the award’s history that dates back to 2001. Chris Rotelli (2003), Matt Ward (2006) and Steele Stanwick (2011) represent UVA’s Tewaaraton winners, all earning the trophy in a season the Cavaliers won the NCAA title. Overall UVa has had 10 Tewaaraton Trophy finalists, which ranks No. 3 all-time among schools, and two finalists behind Syracuse (12) and one behind Duke (11).

Players not named to the initial list have several opportunities to play their way into a spot as the season progresses. Additions will be announced on March 17 and April 7. On April 28, the field will be narrowed to 25 men’s and 25 women’s nominees. Nominees can be players on the watch lists or players not on the watch lists, effectively allowing for a third round of additions for players who earn a spot. Five men’s and five women’s finalists will be announced on May 12 and will be invited to the June 2 ceremony in Washington, D.C.