Williams agreed. “I can pick any player from any era and ask Gerry to connect with me that player, and he has done it,” she said. “He simply knows all of them. And not only that, he knows alums in other sports just as well. It is easy to get into a bubble and focus on one sport, but he knows former student-athletes in other sports as well. It’s amazing.”

All of which is why Williams, who started at UVA in the fall of 2017, has enlisted Capone’s help in a crucial initiative for the athletics department. To accelerate fundraising for the Master Plan, UVA Athletics is adding two new positions, one of which Capone will fill as associate AD for development. He’ll be moving to the top floor of the McCue Center and working down the hall from Williams.

“Because of his institutional knowledge and history with Virginia football, Gerry connects the program to others in a way no one else can do,” Williams said. “He’s been a part of so many eras of Virginia football, and he is an integral part of us reconnecting our football alums back to the program. That’s essential for our athletic department right now more than ever.”

Mendenhall said: “The position, the timing and the need, it says Gerry Capone all over it.”

Capone, who moved into football administration two years after arriving in Charlottesville, has been an associate AD since 1996. He said he’s excited about “being able to really help and contribute in a different way. But it’s still around football, and I want to see the program live and prosper, and I think this is an important piece. So if I can have an impact to help this get done, I need to do it.”

The second new position, which has yet to be filled, will have the title of associate director of development. Both will report to Williams and work closely with Dirk Katstra, executive director of the Virginia Athletics Foundation, and Ted White, UVA’s deputy AD for strategic advancement, as well as University Advancement. Their focus will be on raising money for the Master Plan, particularly a new football operations center.

The Cavaliers’ football program has been housed since 1991 in the McCue Center. 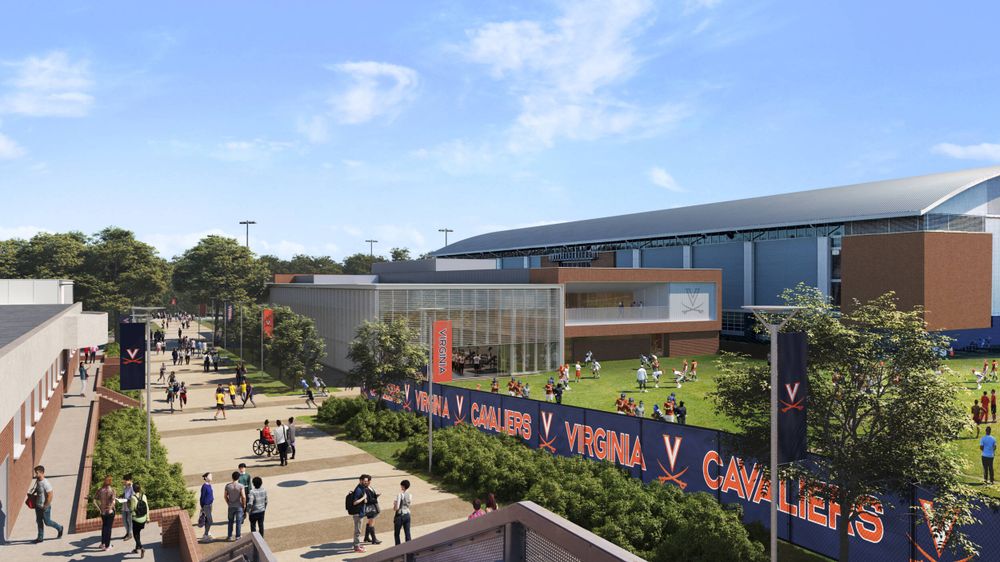 Capone, who grew up in Dumont, N.J., has a bachelor’s degree from Bucknell University, where he played football, and a master’s from Columbia University. In his 39 years on Grounds, he’s worked for four head coaches: Welsh, Al Groh, Mike London and Mendenhall.

“I think in each of the four chapters there’s things that were special,” Capone said. “I enjoyed working for each of the four coaches. What to me has been the most special of all is the players. There’s a commonality between all the different players, from ’82 to today. They’re different sizes, different speeds, different athleticism, but basically I believe what I’ve seen is that they’re the same kid.”

Mendenhall came to UVA in December of 2015 from Brigham Young University. Like most of the assistants on his first staff at Virginia, he had no ties to the ACC or the East Coast. He credits Capone, whose office is next to Mendenhall’s in the McCue Center, for helping to ease the newcomers’ transition.

“He’s a source of information historically, he’s a source of information personally, he’s seen about every possible experience that could have happened within a football organization, and he has a point of reference and wisdom, and he’s just a great person,” Mendenhall said. “He has my sincere gratitude, and any progress we’ve made in the direction of the program, Gerry Capone is right in the middle of that.”

The most recent phase of the Master Plan—two natural-grass practice football fields and lights––was completed in the summer of 2020. The next phase is the football operations center.

“It’s not only needed,” Mendenhall said, “it’s essential if a program wants to compete at the highest level of college football, which is amazing for a community, amazing for an institution, an amazing growth vehicle for young people, and also an amazing resource for an entire community.

For years, the Wahoos’ football program was based in University Hall, which was demolished in the spring of 2019. Capone remembers sharing an office with three other part-time assistants in U-Hall. “We were under the stands on the second floor,” he said, “so when we walked in the office, you had to duck down to get to your work area.”

Working conditions in U-Hall grew so cramped that, in the ‘80s, Welsh and his staff moved into construction trailers next to the arena. The opening of the McCue Center put the Hoos on equal footing with many of their rivals, but the college football landscape has changed dramatically since then.

“We are so far behind in facilities when it comes to the training and meeting space that most programs have and the technology that they’re using in those spaces,” Capone said. “What [a new operations center] will do to help our players and our coaches to really excel is what this is all about. It’s not about how fancy the building is or the bells and the whistles in the building. This is going to be all about football and development and training and giving our kids and our coaches the best chance to compete and win games.” 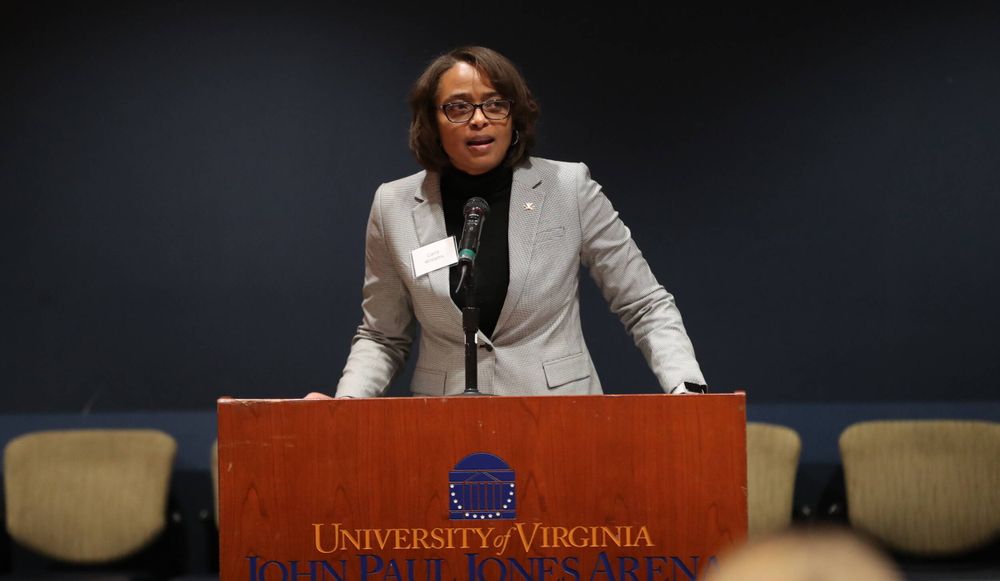 Barry Parkhill, a longtime associate AD of development, is one of Capone’s close friends. The UVA basketball legend is excited about this new challenge for Capone.

With fundraising, Parkhill said, it’s “all about relationships, in my opinion. I’ve been doing this 30 years, and the No. 1 priority is to establish a relationship with somebody.  Think of all the football players whose lives Gerry has touched. He’ll have to build new ones, but he’s got relationships that are already there and are extremely solid. And so he can hit the ground running in that regard.

“We’ve obviously got great stories to tell and we’ve got a great need, and Gerry’s got the right personality and he’s got the knowledge. I think it’s just a great hire by Carla.”

After a new football operations center is built, Williams said, the department will focus on the remaining phases of the Master Plan, including the renovation of the McCue Center and the construction of an Olympic sports center.

Such football alumni as Aaron Brooks, Chris Harrison and Herman Moore have made recent donations to the program, Williams said.

Brooks, who went on to play quarterback in the NFL, had drifted away from his alma mater. “He’s a prime example of what we’re trying to do,” Williams said. “We’re trying to re-engage the players with the program and the University they love, and they want to help. And so the engagement provides an opportunity for them to reconnect with current players, the current coaches, and to help the future of their program. They are a huge part of why we are determined to make this happen.”

Mendenhall said he believes “you put the best people on the biggest opportunities, and with this opportunity for our Master Plan, for our athletic department’s growth, for the institution’s growth, for the football program’s growth, there isn’t anyone more skilled, more suited to uniting the UVA fan base, former players, alumni, anyone who’s been here, than Gerry Capone.”

When Capone left Columbia to join Welsh’s staff in 1982, he never thought he’d still be in Charlottesville all these years later.

“It feels like I got here yesterday,” Capone said. “The beauty of it is that there isn’t a day that I regret staying here and being here. It’s been very challenging, but while we’ve had some dips and some disappointing years, this is a very special place. What makes the place what it is are the people, and our players and the coaches that I’ve worked for have made this a very easy 39 years.”