RALEIGH, N.C. – University of Virginia head coach Tony Bennett did not need to analyze the box score to know that his team struggled defensively in a 77-63 loss to NC State on Saturday. Still, the numbers underscored the Cavaliers’ woes at the end of the court.

For much of the game, UVA (11-8 overall, 5-4 ACC) did a solid job on Dereon Seabron, who came in as the Wolfpack’s leading scorer. But forward Jericole Hellems (21 points) and guard Terquavion Smith (20) torched the Wahoos. They combined to shoot 16 for 25 from the floor, including 9 for 16 from beyond the arc.

“We’re not gonna win too many games if our defense is below average for large stretches,” Bennett said Saturday evening at PNC Arena, where Virginia had won seven straight over NC State.

“I thought it was partly due to them––they’re quick, they run good stuff, they’re got playmakers––but we’ve got to be really on point [defensively], and that hurt us for sure.”

That was the high point for the Cavaliers. The Pack responded with an 11-0 run to take a 29-26 lead. UVA guard Armaan Franklin tied the game with the third of his four 3-pointers, but State immediately answered with another 11-0 run.

A three-point play by forward Jayden Gardner cut the Pack’s lead to 40-32 with 22.7 seconds left in the half, but momentum quickly swung back the other way. As time expired, Hellems buried yet another 3-pointer, and State went into the break leading by 11.

“We just had a few rotation mistakes,” UVA guard Reece Beekman said, “but they also hit a lot of tough shots [at the] end of the shot clock. They hit a lot of 3s today.”

Virginia never seriously threatened the Wolfpack in the second half. After a 3-pointer by Beekman trimmed UVA’s deficit to 45-35, NC State ran off eight straight points. The Pack led by 21 twice in the final seven minutes.

“We shot the ball well,” NC State head coach Kevin Keatts said. “The strength of our team is guards. When we’re making 3s, we’re a tough team to beat.”

Seabron finished with 13 points, six rebounds, five assists and two steals. Another standout for the Pack was junior guard Casey Morsell, who spent his first two seasons at Virginia. In his first start since Dec. 1, Morsell scored 12 points, grabbed a team-high seven rebounds and came up with two steals.

“Casey played well for them, too,” Bennett said.

Many of the Pack’s 3-pointers were contested, especially in the first half, but Virginia repeatedly broke down defensively after intermission, as Smith and Seabron drove with impunity.

“Those things happen,” Bennett said, “but those are the things, we got to clean those up. Stuff that’s in our control.”

He likened the mistakes to unforced errors in tennis, where “we had a brain freeze on that or whatever you want to say, and those are the ones we got to keep cleaning up to be good.”

Overall, Virginia “did a decent job on Seabron,” Bennett said, “but then in the second half when they needed him to get downhill, that’s where we weren’t great with our coverages, and then he got there. So they sort of hurt us a different way in the second half, and that was frustrating.” 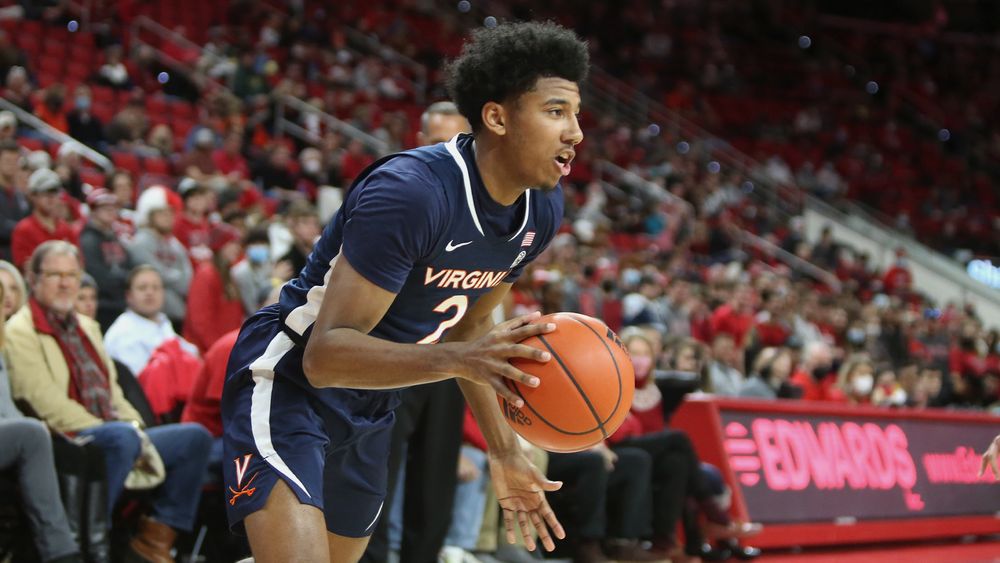 Outside shooting has not been one of the Cavaliers’ strengths this season, but they were 10 for 17 from beyond the arc Saturday, with Franklin connecting on four 3-pointers and Beekman, guard Kihei Clark and forward Kody Stattmann hitting two apiece. The 10 treys were a season high for Virginia, as was its 3-point percentage (58.8).

“Offensively, I felt like we hit some shots today,” said Franklin, who led the Hoos with 14 points. “You’re going to have games like that, but I think it all just goes back to the defensive end. It’s always good to have a good offensive game like we did today, but at the end of the day you have to lock in on the defensive end.”

Gardner, who grew up in nearby Wake Forest, scored 13 points and had three assists, and Beekman contributed 12 points, three rebounds, three steals and two assists.

“There were stretches of good offense, guys made some plays here and there,” Bennett said, “but, again, in order to be successful, it’s all got to be, not perfect, but it’s got to be quality.”

When the Cavaliers were unsound offensively, State usually pounced on their mistakes. And when UVA was “out of position defensively, [the Wolfpack] capitalized,” Bennett said, “and they pretty much stayed separated most of the game.”

NO REST FOR THE WEARY: The Cavaliers bused back to Charlottesville after the game and arrived at John Paul Jones Arena about 45 hours before the start of their next ACC game. At 7 p.m. Monday, Virginia hosts Louisville (11-8, 5-4) at JPJ. The game will air on ESPN.

“We got to turn this around quick,” Bennett said. “We’re gonna get ourselves ready, and we got to be ready to play on Monday.”

The Hoos will prepare “in the right way,” Bennett said, “and hopefully we’ll be a little sounder and tougher next time out on Monday.”

The Cavaliers have won 11 of their past 12 games with the Cardinals and lead the series 17-5. UVA is 6-0 against the Cards at JPJ.

Louisville fell 82-70 at home to Notre Dame on Saturday.

UVA has not lost back-to-back games this season.

“I feel like we have a great coaching staff,” Beekman said, “because when we do have lapses like this, we come back and we fix them, and I think we end up being more prepared. So, when we look at film [of the NC State game], we’ll see the mistakes we made and the way we can fix them and be ready for Louisville.” 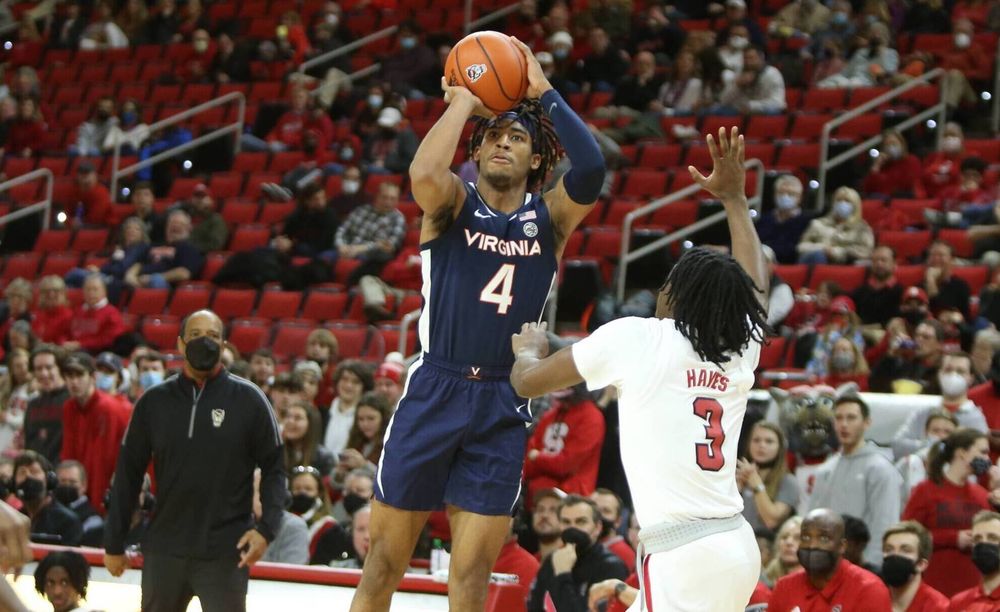 SOUND BITES: For the Wolfpack, the victory was its first at PNC Arena since Dec. 1. Among the postgame comments Saturday:

* Morsell: “It was good to see some shots go in. We just had to bring it defensively. [UVA has] a tough offense to guard. We knew once we locked in our defensive end, the offensive opportunities would open up.”

* Beekman on facing his former teammate Morsell: “I always thought highly of him. I liked his game. So it was good to see him, good to play against him. He had a good game, so it was a fun matchup, I would say.”

* Franklin: “You’re going to hopefully not have games like this, but just grow from it and have a short-term memory for the next game.”

* Bennett on the loss: “You look at it, grow from it, and respond.”

* Beekman: “I feel like if we come out and play our best, play the way we know we can play every night, I feel like we can play with anybody. We’re trying to string everything together on offense and defense. I thought we shot well tonight, but the defensive side wasn’t there. We’ve got work to do, but I feel like we’re still getting better.”