Rodesch also advanced to the quarterfinals in singles at the 25K clay-court tournament.

Rodesch partnered in the doubles draw with his Davis Cup teammate and Florida State alum Alex Knaff. The dup opened with a dominant 6-1, 6-1 win in the opening round. After advancing to the semifinals in a walkover, they took out the tournament’s top seed, Hermans and Wehnelt 6-0, 6-4. In the final, the faced Raphael Calzi, also of Luxembourg, and Marlon Vankan, winning 6-1, 6-4 to secure the championship.

Rodesch and Knaff won the title at an ITF World Tennis Tour 15k event in Belgium earlier this summer.

In singles, won a pair of 6-3, 6-4 matches in his opening two rounds before being edged 4-6, 7-6 (6), 6-4 by the tournament’s No. 4 seed, Sebastian Fanselow of Germany (ATP #321) in the quarterfinals. Fanselow saved two match points in the second set to force the third and ultimately take the match. 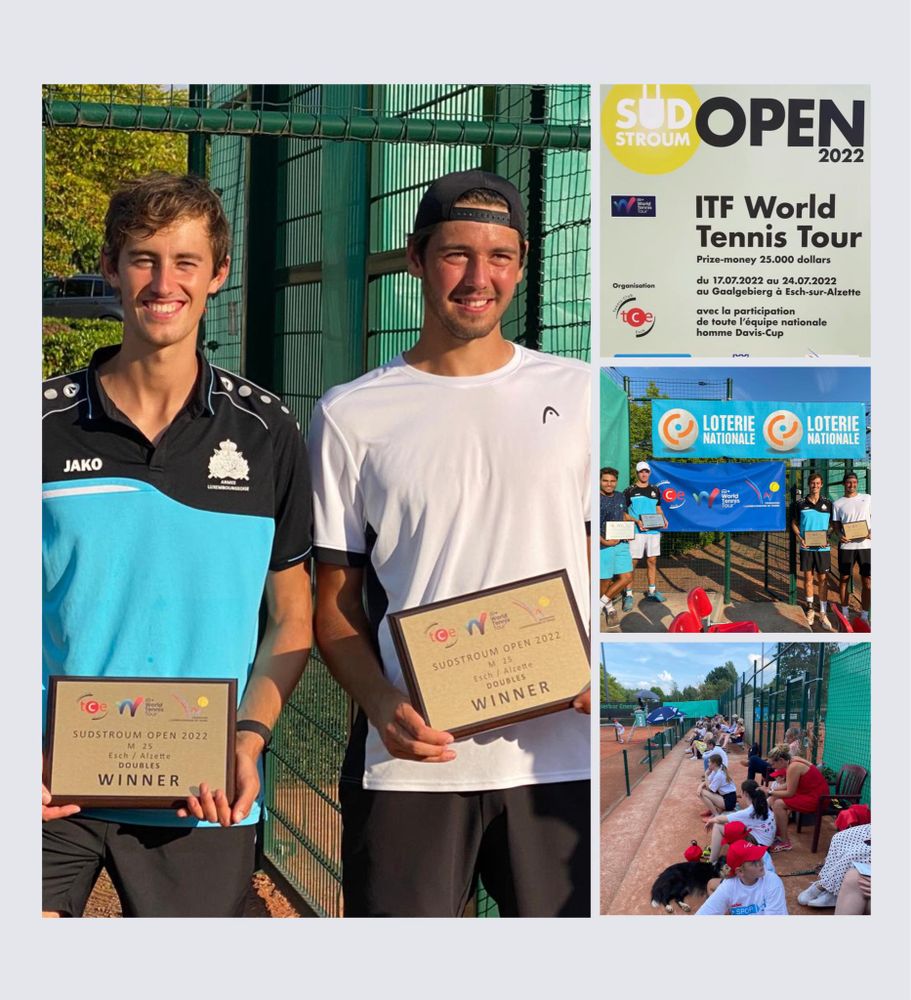