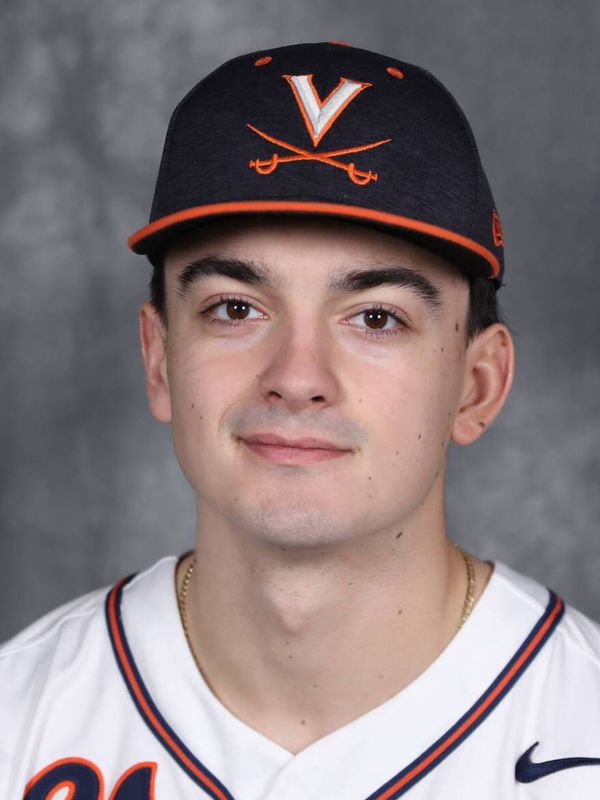 SUMMER 2022: Played for the Kalamazoo Growlers, 2022 Northwoods League Champions … Recipient of the Northwoods League Rawlings “Big Stick” Award as a first base, given to the player at each position who had the best batting average during the 2022 regular season … played in 56 regular season games (2nd most on team) and batted .340 (74-for-212) with nine doubles, seven triples, a home run and 48 RBI … ranked in the top-15 in the league in sacrifice bunts (1st), triples (2nd), batting average (7th), runs created (7th), hits (t-9th), RBI (11th), on-base percentage (11th), walks (t-12th) and OPS (14th) …  went 6-for-19 (.316) with five runs scored, a home run and five RBI in postseason play … hit a two-run, go-ahead homer in the seventh inning of the team’s playoff opener, the first home playoff win in Kalamazoo history … played alongside UVA teammate Griff O’Ferrall for the first half of the summer in Kalamazoo.

2022
• Appeared in 21 games and made starts at DH against Boston College (March 20) and Pittsburgh (April 16)
• At the plate was 5-for-20 (.200) with a double, six runs scored and four RBI. Two of his five hits came as a pinch-hitter.
• Made his collegiate debut as a pinch-hitter at Gardner-Webb on Feb. 19. His first collegiate hit came against Cornell on Feb. 27, a pinch-hit, RBI single to right field.
• Went 2-for-4 with a double, a run scored and an RBI against Boston College (March 20), his first collegiate start.
• Led off the bottom of the 10th inning against North Carolina on April 23 with a pinch-hit single and eventually came around to score as part of a seven-run frame that ended with a walk-off, series-clinching win for UVA.
• Featured in a mic’d up video prior to the NCAA Greenville Regional
• Listed on the ACC Academic Honor Roll.

2021 SUMMER: Played 29 games for the Vermont Lake Monsters of the Futures Collegiate Baseball League … Batted .260 (25-for-96) with nine doubles, three home runs and 17 RBI … reached base safely in 13-straight games from July 23-August 6 and and a nine-game hit streak in that span … In his fifth game of the summer went 3-for-4 with a double, a home run and a season-high five RBI … Lake Monsters went 42-24, the first team in FCBL history to win 40 games in a season and went on to win the regular season and postseason titles … played alongside future UVA teammates Ethan Anderson and Justin Rubin

RIDGEWOOD HIGH SCHOOL
• Rated the No.21 overall player and the No. 4 second baseman in the state of New Jersey according Perfect Game
• A 2021 NorthJersey.com First Team All Bergen County selection