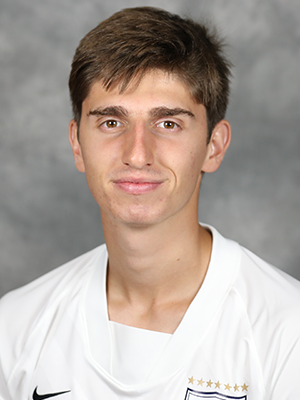 PREP
• The country’s No. 23rd ranked midfielder in the 2021 class according to TopDrawerSoccer.com
• Played on the U16 Bulgarian National Team
• Has trained with Atlanta United’s first team and USL side
• Named to the TopDrawerSoccer.com Playoff Group Stage Best XI in 2018-19.

PERSONAL
• Has yet to declare a major at UVA
• Born in Mason City, Iowa
• Son of Radoslav Slavov and Ganka Slavova
• Has an older brother, Veliko
• Recipient of the 2022-23 C. David Cox Bicentennial Scholarship

Cavaliers Rally to Earn a 4-2 Victory Over Virginia Tech