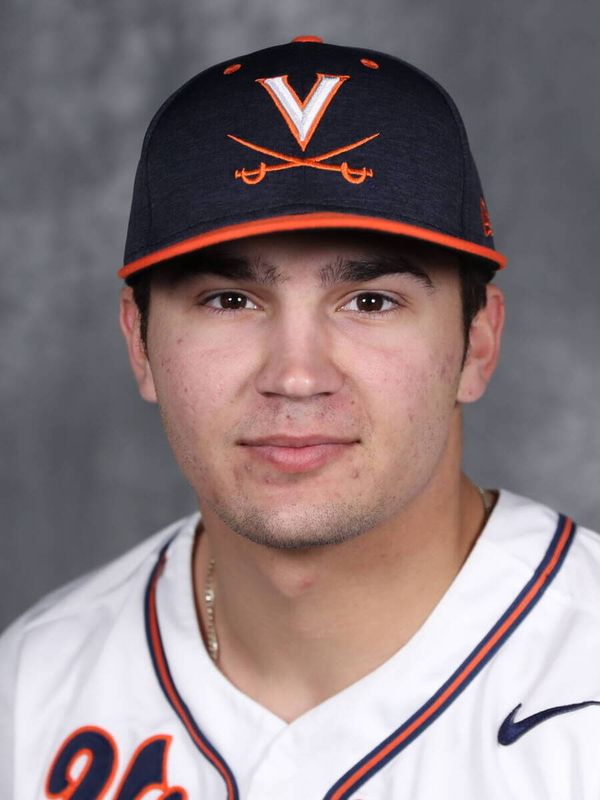 PREP
• Attended Pine Crest High School (2017-19) and finished his prep career at Cardinal Gibbons (2019-21)
• Four-year baseball varsity letterwinner during his time at Pine Crest & Cardinal Gibbons High School.
• In the state of Florida was ranked the No. 95 overall recruit and the 21st ranked shortstop according to Perfect Game
• As a senior in 2020, led his team with a batting average of .444 and an on-base percentage .524 in Broward County, Florida.
• Selected as Perfect Game Underclass All-American & played in the Perfect Game Underclass All-American Games in August of 2019 in San Diego
•  Won the team “Coach’s Award” for sportsmanship/leadership his senior season
• A two-year varsity letterwinner on the football team at Pine Crest School starting at safety & wide receiver
• In football, recognized as a sophomore for Honorable Mention All-South Florida Conference & by the Miami Herald for Third-Team All Broward County as a defensive back

PERSONAL
• Born in Pembroke Pines, Fla.
• Son of Steven and Sarah Petri
• Has two brothers, William and Kyle
• His brother Kyle was a member of the 2020 UVA baseball team after transferring in from the University of Chicago
• His uncle John Offerdahl was a five-time Pro-Bowler for the Miami Dolphins