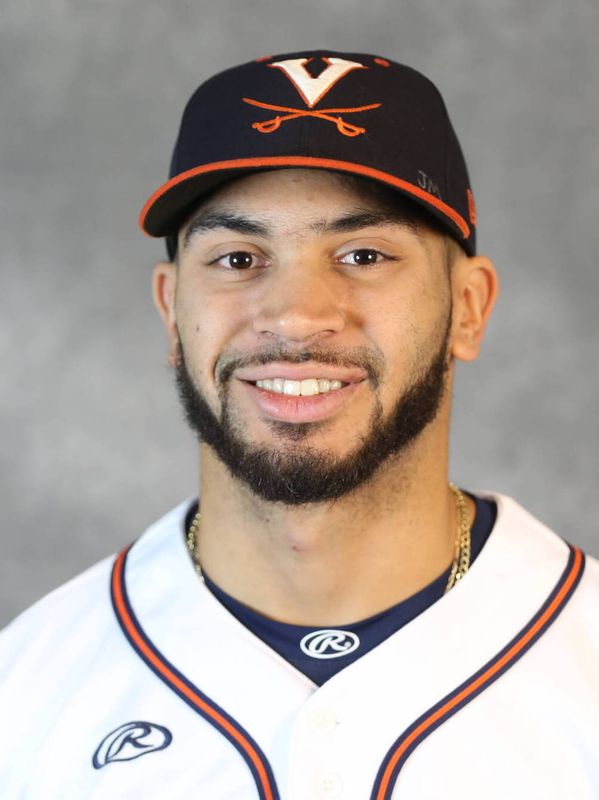 2019
• Appeared in 51 games and made 44 starts (21 in RF, 20 in LF & 3 in CF)
• Batted .270 (44-for-163) with five doubles, three triples and a home run
• His three triples were tied for the most on the team
• Hit his first career home run as part of a 3-for-4 effort in the nightcap of a doubleheader against Louisville on May 10. Highlighted a 6-for-10, five runs and three RBI series against the Cardinals
• Led the team with four outfield assists
• Put together his second career, four-hit game after going 4-for-4 against Georgia Tech on March 17
• Had three-multi-hit games at Notre Dame on April 5-6 and finished 6-for-10 with five runs, three doubles and an RBI in the series

2017
· Played in 19 games, including nine starts at shortstop
· Went 4-for-11 while starting all three games in Charleston Crab House Challenge to open the season
· Made start at shortstop in Saturday game at Florida State in place of injured Ernie Clement (4/29)
· Had singles in ACC games at North Carolina (3/11) and Clemson (3/19)
· Recorded two hits in season opener against Liberty (2/17)

HANOVER HS
· Four-year starter who led team to three state championships
· Earned All-State 4A honors at shortstop his senior year
· Batted in the cleanup spot and hit .470 with 11 doubles, 24 runs batted in and 25 runs scored his senior year
· Coached by Charlie Dragum at Hanover
· Played summer ball with Virginia Cardinals
· Also played one year of basketball

PERSONAL
· Parents are Don and Keri Richardson
· Father was a quarterback at Ferrum College
· Has one sister, Keleigh, and one brother, Caydon