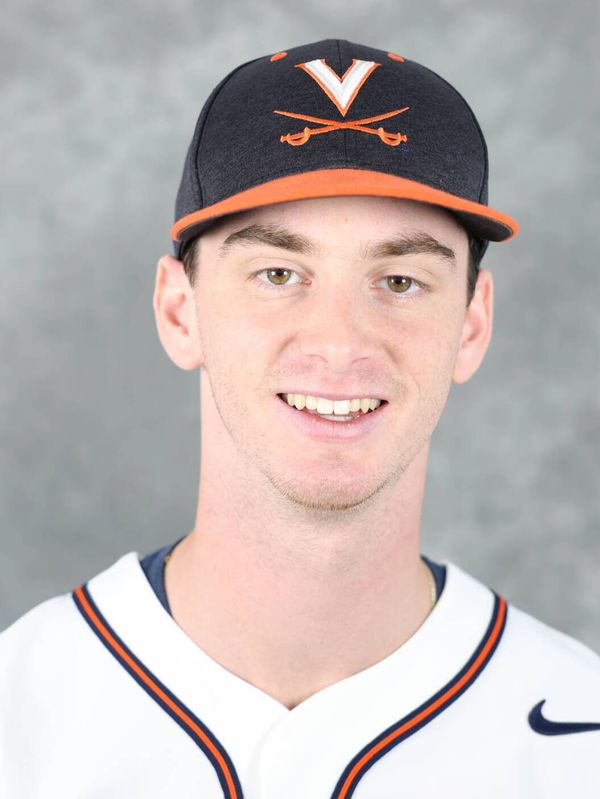 2023
•  Was the overall champion for position players for the second year in a row in UVA’s Iron Cavalier competition (Fall of 2022), the program’s offseason conditioning program.

SUMMER 2022: Played 50 games for the Wisconsin Rapids Rafters of the Northwoods League … the Rapids Rafters won 57 games, the most in the league …   batted .333 (54-for-162) with six doubles, two triples, three home runs and 25 RBI … recipient of the Northwoods League Rawlings “Big Stick” Award as a catcher, given to the player at each position who had the best batting average during the 2022 regular season … his .331 batting average in the regular season was the eighth-highest in the league, one spot behind teammate Anthony Stephan … Sported the third-highest on-base percentage (.487) and the eighth-highest OPS (.947) in the Northwoods League … hit by 11 pitches, tied for 10th-most in the league … earned Northwoods League Player of the Night on Aug. 11 after going 4-for-5 with two runs scored including the game-winning run in a walk-off win over Madison.

2022
• Appeared in 37 games and made 23 starts (17 in LF and six at DH).
• Batted .292 (28-for-96) with a double, two triples, a home run and 15 RBI on the season
• UVA went 17-6 in games he started
• Started nine of the first 11 games of the season and scored a run in each of those nine starts.
• Recorded his first collegiate hit in his first collegiate start, a single to right field in his fourth at bat against Gardner-Web on Feb. 19.
• Reached base four times and collected season-highs in runs (3), hits (3) and RBI (3) in 15-3 win over Towson on March 22.
• Responsible for five runs in a 13-9 victory over Georgia Tech on April 2, scored two and drove in three.
• Went 2-for-4, hit his first collegiate home run and made a diving catch in left field on April 22 against North Carolina.
• Listed on the ACC Academic Honor Roll
•  Was the overall champion for position players in UVA’s Iron Cavalier competition (Fall of 2021), the program’s offseason conditioning program.