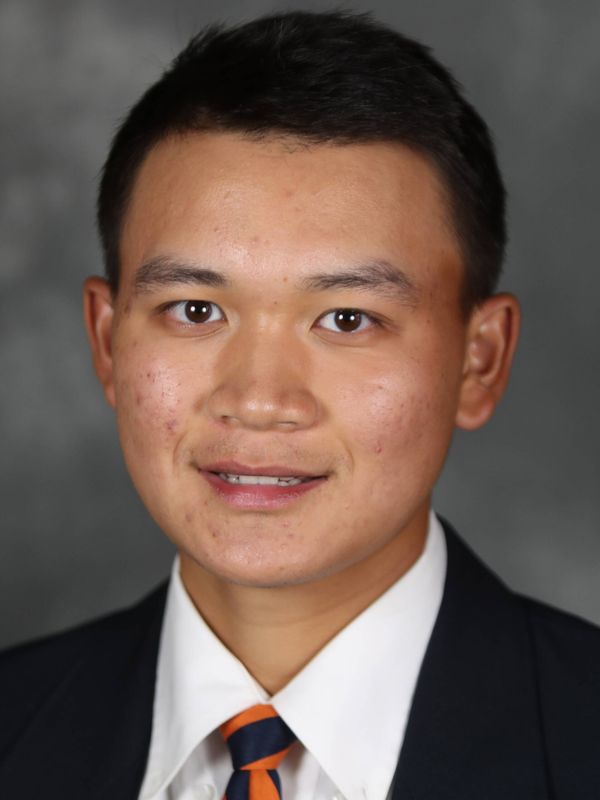 Junior / Amateur Golf/Personal
• Enrolled in the College of Arts & Sciences
• Reached the semifinals of the 2020 Western Amateur Championship where he was 14th during stroke play and upset reigning medalist Davis Thompson in the quarterfinals of match play
• Competed in the 2020 U.S. Amateur Championship
• When he signed with UVA, was ranked the No. 11 golfer for the Class of 2020 by Golfweek and figured No. 17 in the Junior Golf Scoreboard standings
• A two-time Rolex Junior All-American
• Ranked No. 26 in the Rolex American Junior Golf Association standings
• Was sixth at 2020 Junior Invitational at Sage Valley
• In 2019, he tied for fifth in stroke play at the U.S. Junior Amateur
• Was the runner-up at the 2019 Hunter Mahan Junior Championship
• Placed fourth at the 2019 Bobby Chapman Junior
• Tied for ninth at the 2019 Wyndham Invitational
• Placed 18th at the 2019 Northeast Amateur
• Tied for 10th at the 2019 Junior Invitational at Sage Valley
• Won the 2018 Hunter Mahan tournament
• Was fourth at the 2018 IMG Academy Junior World Championship
• Placed eighth at the 2018 Wyndham Junior Invitational
• Was third at the 2018 Rome Junior Classic
• Finished fourth at the 2018 AJGA Junior at Lost Spring
• Won the 2017 US Teen World
• Took home first-place honors at the Boys 12-13 Division at the National Finals for the Drive, Chip & Putt competition in 2015
• Parents are Joanne and Thanakorn
• Father played tennis at South Alabama
• Has a younger brother, Josh, and younger sister, Elle
• Recipient of the 2022-23 Barry Parkhill Bicentennial Scholarship