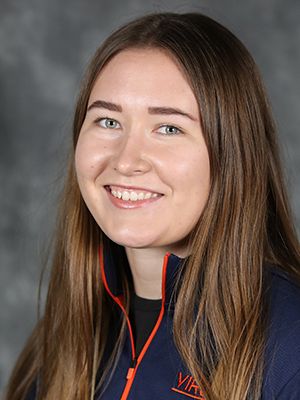 2021-22
• Part of the Second Varsity Eight that finished sixth at the NCAA Championships
• Helped the Second Varsity Eight to the ACC title
• Named to the All-ACC Academic team
• Qualified for the World Rowing Under-23 Championships for Estonia in the women’s quad, but did not compete due to COVID within the team
• Named to the ACC Honor Roll
• Lettered

Personal
• Helene Dimitrijev
• Born in Viljandi, Vilijandimaa, Estonia
• Daughter of Avo Dimitrijev and Rita Dimitrijev
• Has one sister, Ragne
• Sister, Ragne, was a part of the Estonian U19 National volleyball team
• Enjoys cooking, traveling and watching action movies
• Chose Virginia because of the high academic level in addition to the great rowing team, East coast location and closer to home
• Undeclared major