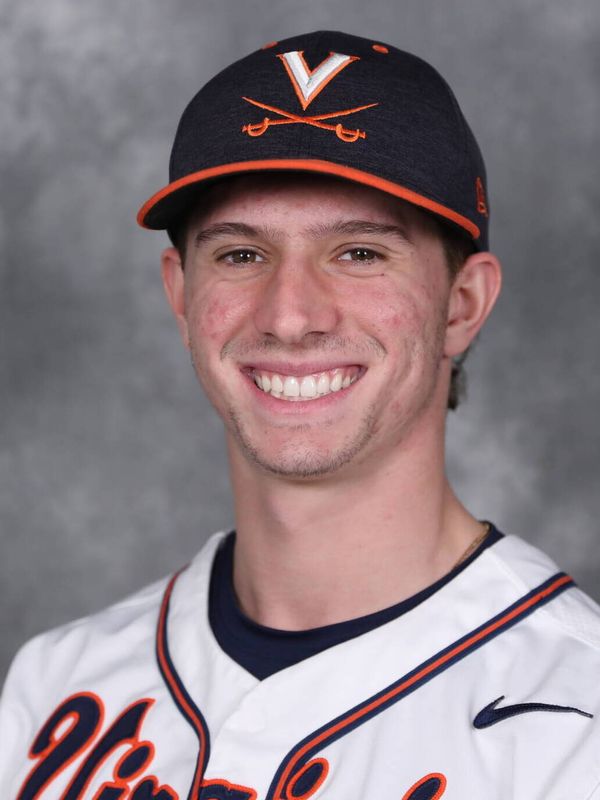 2022
• Appeared in four games and made one start.
• Did not allow an earned run in his 5.1 innings of work on the year.
• Pitched in shutouts in the home opener against VMI on Feb. 23 and against William & Mary on March 1.
• Made his first start against George Washington on March 8, pitched the first 1.2 innings walked three and struck out a pair.
• Ranked the No. 26 on D1Baseball’s Top 50 impact transfers prior to the 2022 season

SUMMER 2021 – Played for the State College Spikes in the inaugural MLB Draft League … struck out 35 batters in 34 innings pitched … was ranked the No. 7 pitcher in the league by Prep Baseball Report.

PRIOR TO VIRGINIA
• Played two seasons at Bergen County Community College (N.J.)
• Named to the 2021 NJCAA Division III All-Region Team
• A 2021 second team All-Garden State Athletic Conference selection
• Started six games for BCCC in 2021 and struck out 48 batters in 28.2 innings pitched. His 15.07 strikeouts per nine innings were the third-highest in the league.
• In his 2021 season debut against Brookdale (April 3), struck out 11 batters over six scoreless innings. Fanned 12 batters in six frames against Camden on April 18
• In a shortened 2020 season made two starts and appeared in three games. Totaled 22 strikeouts in 11 innings pitched