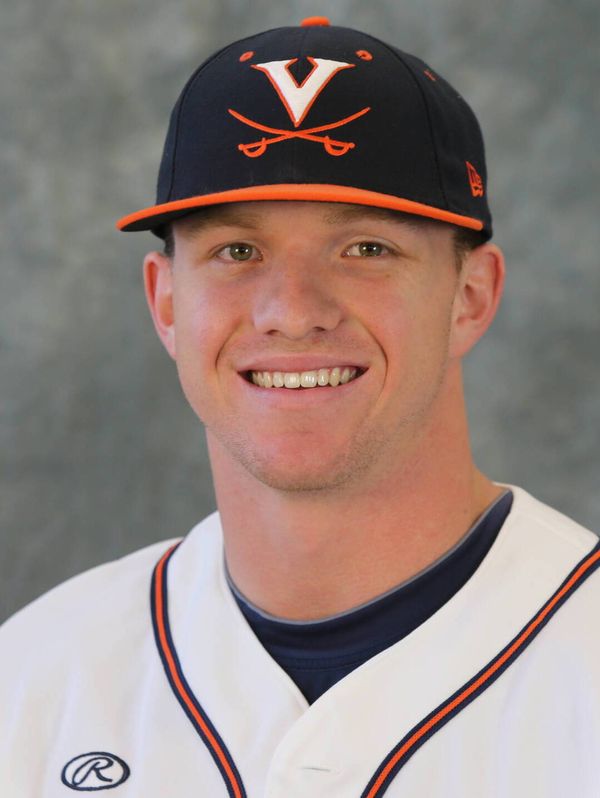 CAREER
Tied for third in career triples at UVa with 12

2014
Selected by Houston Astros in Competitive Balance Round A (37th overall) in 2014 MLB Draft
Returned to the lineup on April 20 after missing 25 games with broken hamate bone in right wrist; suffered injury during Duke series and had surgery March 17
Played in all 24 games after his return to lineup
Named to Charlottesville Regional All-Tournament Team
Had 12 RBI in NCAA tournament, tied for the most of any player in the tourney
Had career-long 12-game hit streak snapped in first game of super regional
Was 4-for-12 with six RBI in NCAA regional; had four RBI in championship game vs. Arkansas
Was 3-for-13 with three RBI in ACC tournament; homered in opener against Maryland (5/22)
Went 4-for-13 in Wake Forest series
Was 5-for-13 in Florida State series; doubled three times in Game 1, including go-ahead 2-run double in 10th inning off FSU closer Jameis Winston
Homered in UVa’s midweek games at VCU and vs. Richmond
Started first 14 games in left field; made 45 consecutive starts prior to injury, suffered during Duke series
Was 4-for-11 in East Carolina series
Named ACC Player of Week after going 5-for-11 in opening weekend at Hughes Bros. Challenge

2013
Started and played in 55 games
Was fourth on team with .405 on base percentage
Tied for second on team with seven home runs
Hit by 12 pitches (team high and eighth most in ACC)
Second-Team Preseason All-American
Missed six games, including Miami series, with ankle injury; returned April 7 against Wake Forest
Had three RBI in regional championship game vs. Elon
Was 3-for-12 with three runs in ACC tournament
Was 5-for-11 in UNC series; went 4-for-4 with pair of doubles in Game 2
Batted 3-for-10, scored four runs in Duke series
Was 4-for-12 with HR in Virginia Tech series
Went 3-for-10 in FSU series; hit two-run homer in game 1
Had solid series at Georgia Tech, going 5-for-11; hit solo HR and had three hits in Saturday win
Homered and drove in pair while going 2-for-4 vs. Radford (4/10)
Went 2-for-9 in two games in Wake series
Was 3-for-12 in NC State series
Was 2-for-13 in Clemson series
Went 4-for-4 with three extra-base hits, including walk-off double, in 7-6 win over Maryland (3/9); was 4-for-9, reached base in 9 of 14 plate appearances in series
Hit three-run homer in sixth inning to break tie against Toledo (2/24)
Homered and drove in five runs as part of three-hit day at East Carolina (2/15)

PERSONAL
Parents are Jim and Kelly Fisher
Has one sister, Nicole