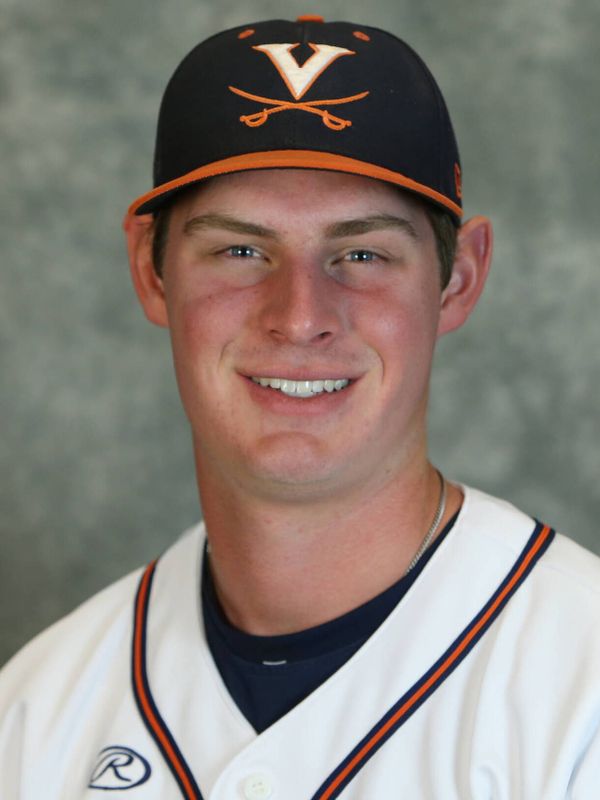 CAREER
· Has made 61 career appearances
· Owns 17 career saves, which is tied for sixth in school history

2017
· Selected in MLB Draft in Competitive Balance B portion of second round by Colorado Rockies (No. 70 overall)
· Third-Team All-ACC honoree (relief pitcher)
· Pitched in 23 games, recording 14 saves (tied for second in ACC and 10th in the nation)
· With 14 saves, he tied for fifth most in a single season at UVA
· Eight of his saves came in league play
· Worked more than one inning in 12 of his 23 appearances
· Pitched scoreless ninth inning to earn save against Dallas Baptist in NCAA Regional (6/3)
· Fired 2 1/3 scoreless innings to earn win in series clincher against Georgia Tech (5/20)
· Worked season-high four innings to earn save and clinch series at Florida State, allowing one run with five strikeouts (4/30)
· Picked up saves in each of UVA’s one-run wins at Virginia Tech (4/13-14)
· Recorded pair of saves in Pitt series

2016
• Pitched in 22 games, including seven starts
• Started in his first six games and seven of first eight before moving to bullpen in Boston College series; his last 14 appearances came out of bullpen
• Batters hit just .202 against him in 15 appearances out of bullpen
• Recorded three saves, all in ACC games
• Worked at least six innings in his first four starts of 2016
• Made first college start at Coastal Carolina and worked six innings of two-run baseball (2/21)
• Allowed two runs (one earned) in seven innings in win over East Carolina (2/28)
• Closed both UVA wins in UNC and Miami series
• Earned first save with two innings of relief at Miami (4/22)
• Struck out three of four batters he faced to claim save in series clincher at Miami (4/24)
• Picked up save in Game 2 of DH at Pitt (4/30)
• Pitched two perfect innings over two appearances at ACC tournament

PERSONAL
• Parents are George and Laura Doyle
• Mother played field hockey and lacrosse at Lafayette
• Has one brother, Matt, and two sisters, Claire and Katherine – each played Division I athletics; Matt played baseball at Harvard, while sisters played lacrosse at Bucknell