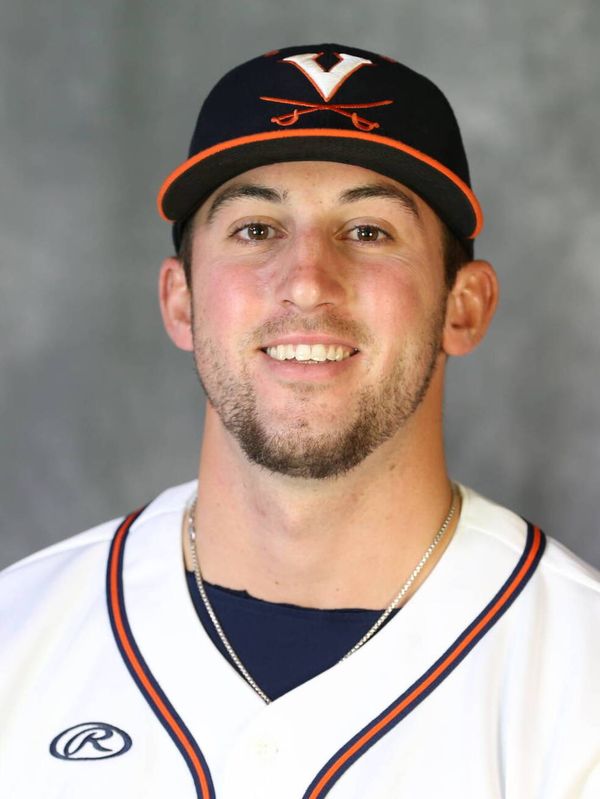 2018
• Selected by the Chicago White Sox in the 10th Round (288th overall) of the 2018 MLB Draft
• Appeared in 23 games (tied for the second most on the staff), all in relief
• Went 5-4 with 61 strikeouts in 43 innings pitched
• Pitched in combined shutouts against Rice (2/18), Old Dominion (4/3) and VCU (5/1)
• Tied for the team lead with six saves, four of them multi-inning efforts
• Credited with the win in Virginia’s combined no-hitter against William & Mary on Feb. 28. Pitched the final 2.2 innings, allowed an unearned run and struck out three
• In his longest outing of the year, struck out a career-high, nine batters in 4.1 innings in the series finale against Duke on March 10
• In Louisville series was 1-0 with a save, no runs allowed and 7 strikeouts in 3.2 innings. In the middle game struck out six of the seven batters he faced, stranding the tying and go-ahead runs with no outs in the eighth
•Earned the save in the season finale against NC State in pool play of the ACC Tournament, strikeout three of the four batters he faced

2016
• Appeared in 16 games, including 13 out of bullpen
• His last three appearances were midweek starts
• Fired scoreless 10th and 11th inning in earning win against Monmouth (3/5)
• Worked into the sixth inning and did not walk a batter in first college start against Radford, earning the win (4/19)

2015
• Made seven appearances out of bullpen
• Recorded scoreless outings in six of his seven games
• Made first ACC appearances against Florida State, pitching on March 21 and 22
• Made UVa debut on Feb. 20 against Marist, working one scoreless inning

PERSONAL
• Parents are John and Erika Sousa
• Has two sisters, Gretchen and Whitney