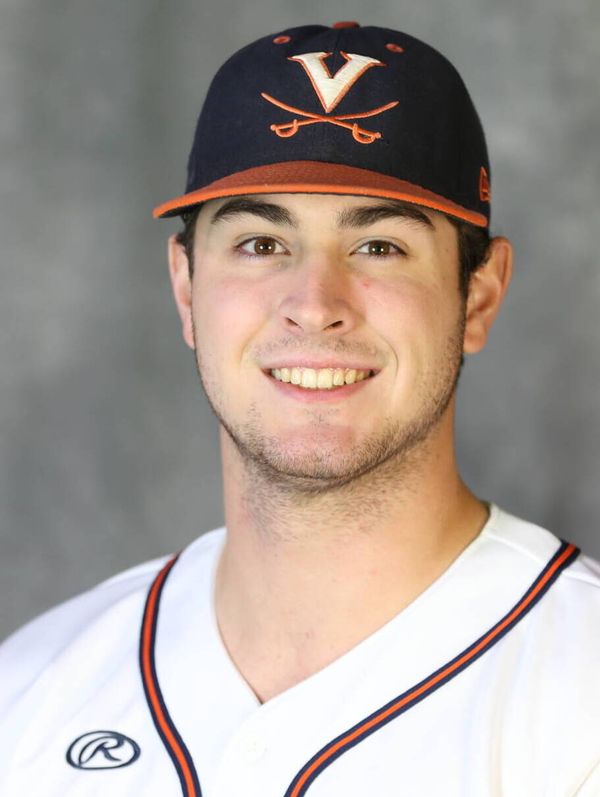 2018
• Appeared in 12 games, making eight starts
• Went 2-2 with a 5.40 ERA while logging 40 innings pitched and totaling 34 strikeouts
• Made weekend starts against ACC foes Miami (3/25) and Wake Forest (5/19)
• In his first start of the season, pitched 5.1 innings of hitless baseball en route to a combined, 11-inning no-hitter against William & Mary on Feb. 28. He retired 11-straight batters between the second and fifth innings, finishing with three strikeouts
• Earned his first career win on March 14 against Davidson after not allowing an earned run over five innings and fanning five batters.
• Struck out a career-high, seven batters over six innings of work in a no decision against JMU on March 14
• In his first three starts of the season, he combined to pitch 16.1 innings, allowed two earned runs and amassed 15 strikeouts
• Pitched in a pair of combined shutouts against Longwood (3/27) and Old Dominion (4/3). Did not allow a run over eight innings in the two appearances (one start) while striking out nine

2017
· Pitched in 10 games during freshman season, including one start
· Worked scoreless eighth inning in NCAA regional against Dallas Baptist (6/5)
· Made first college start against Richmond (5/16) and worked career-high 5 1/3 innings of one-run baseball
· Made three relief appearances in ACC play at North Carolina (3/11) and Clemson (3/19) and at home against Duke (3/24)
· Made UVA debut in season opener against Liberty (2/17), working scoreless ninth inning

PERSONAL
· Parents are Steve and Lorrie Nicholson
· Born in Minneapolis, Minnesota
· Has one sister, Allie, who was a member of the UVA rowing team for four years