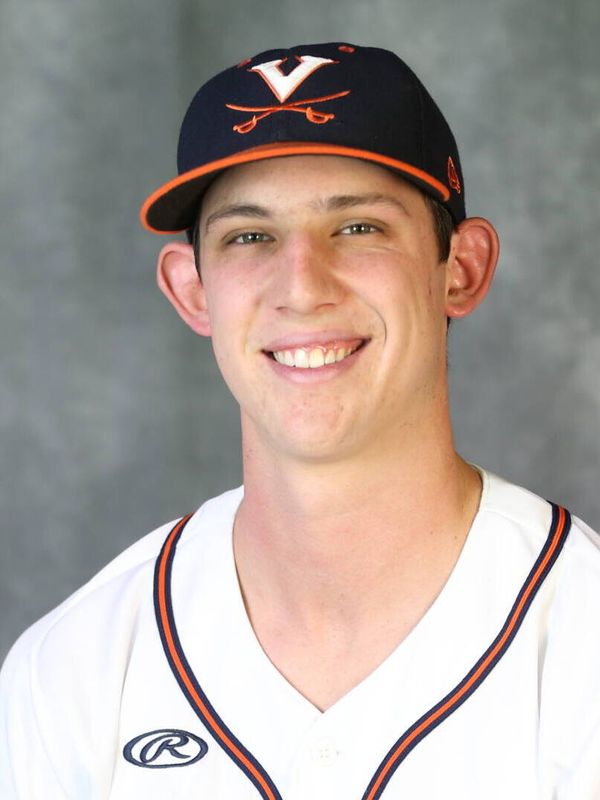 2018
• Drafted 34th overall by the Kansas City Royals in the 2018 MLB Draft
• Named to the ACC All-Academic Team and listed on the ACC Academic Honor Roll
• Made a 13 starts, second most on the staff, 10 against ACC opponents
• Opening day starter at UCF (5.0 IP, 3 ER, 7 SO)
• Eight of his 13 starts were quality starts, six came in ACC play
• Pitched seven innings or more in all but three starts
• Struck out 105 batters, eighth most in the ACC, in a career-high 88.2 innings pitched.
• Went 4-4 with a 3.96 ERA
• His strikeout (105) to walk (24) ration was the fifth-best in the ACC
• Recorded double-digit strikeout performances in four-straight starts, only the second UVA pitcher ever (Danny Hultzen – 2011) to accomplish the feat
• Struck out a career-high 13 batters in series-clinching win over Georgia Tech on May 14
• Took a no-decision in the opening game of the ACC Tournament against eventual champion Florida State after pitching 7.0 innings, with two earned runs and seven strikeouts

2016
· Made 13 appearances (nine starts) and worked 41 innings
· Struck out nine batters in UVA debut (most by a UVA starter in his first game in the O’Connor era)
· Missed start vs. Wake Forest with illness (3/18)
· Worked five shutout innings and retired final 12 batters he faced in first midweek start against Old Dominion (3/30)
· Worked 2 1/3 perfect innings out of bullpen over two appearances in ACC tournament

PERSONAL
· Father is Dan Lynch
· Oldest of three siblings; has one sister, Molly, and one brother, Will