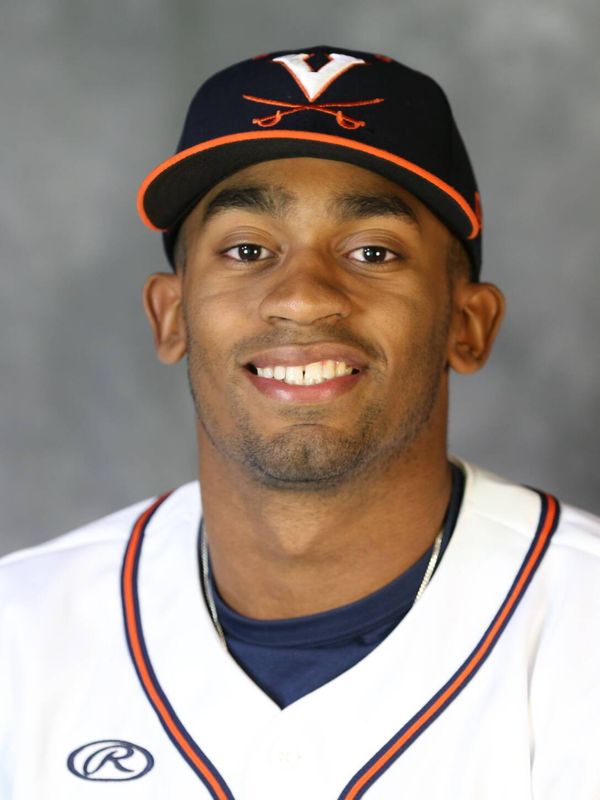 2018
• Appeared in 10 games and made one start (DH vs. Virginia Tech on April 8)
• Went 2-for-6 (.333) on the season with three runs scored and two RBI
• Hit a pinch-hit, two-run triple against Eastern Kentucky on Feb. 25
• Made a team-high, three pinch-running appearances, scored a run and was 1-for-1 in stolen base attempts

ST. ANNE’S-BELFIELD SCHOOL
· Three-sport standout at St. Anne’s-Belfield School in Charlottesville (football, basketball, baseball)
· Named a Rawlings and Perfect Game Honorable Mention All-American in baseball his senior year
· Earned all-region and All-Prep League Conference honors his senior year
· Batted .400 and hit four home runs his senior year
· Had tremendous football career (quarterback, wide receiver, defensive back) and was a three-year all-state honoree
· Scored over 50 touchdowns in his career and finished as state’s fifth all-time leading receiver with 2,658 yards
· Named all-state at defensive back and wide receiver in 2013 and 2014, then earned all-state honors at defensive back and athlete in 2015
· Was named the Old Dominion Conference Offensive Player of the Year at quarterback in 2015
· Scored over 1,000 points in his basketball career
· Was a second-team all-state honoree in hoops at forward
· Received 2016 John G. McCrory Award from St. Anne’s-Belfield for outstanding athlete skill for all sports
· Spent his freshman year at Fluvanna County HS

PERSONAL
· Son of Chad and Jana Harrison
· Has one sister, Caelyn