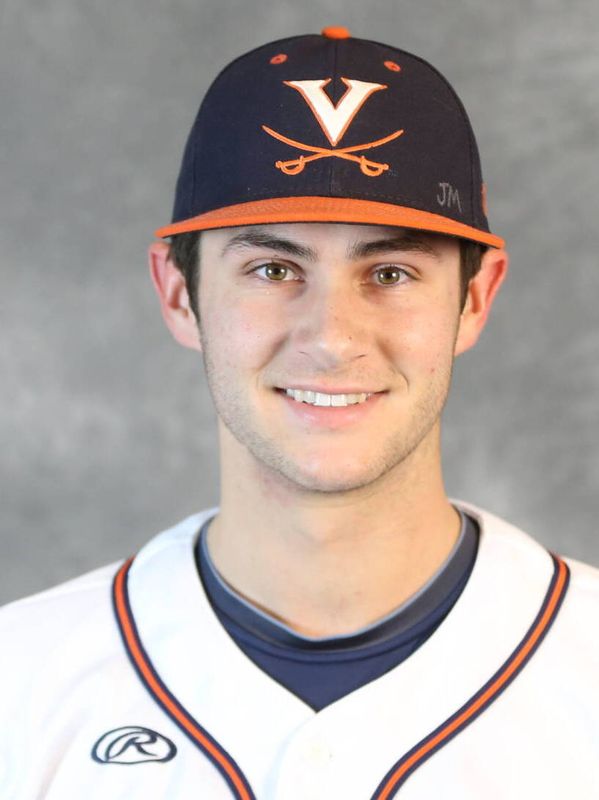 2019
• Listed on the ACC Academic Honor Roll
• Appeared in 24 games (all in relief), tied for the second most on the team
• Struck out 34 batters in 25 innings pitched while pitching to a 3.60 ERA
• Recorded his first career save on May 14 against VCU tossing a scoreless ninth inning, his final appearance at Disharoon Park.
• Did not allow a run in his first five outings of the season a span of 4.1 innings
• Held opponents scoreless in 18 of his 25 appearances
• Picked up his first career win in the nightcap of the April 6 doubleheader at Notre Dame after striking two of the three batters he faced

2017
• Pitched 12 times out of bullpen, including five in ACC play
• Fired two scoreless innings to close out win at Georgia Tech (5/19)
• Worked career-best 3 2/3 innings and struck out career-high six batters in UVA’s win over Old Dominion (4/4)
• Tossed scoreless inning with two strikeouts at North Carolina (3/11)
• After missing first two seasons with injuries, he made his UVA debut on Feb. 26 with back-to-back strikeouts against Rutgers

PERSONAL
• Parents are Philip and Linda Wilson
• Has one brother, Tyler, who played at Virginia from 2008-11 and pitched for the Baltimore Orioles from 2015-17. He is currently playing professionally in South Korea.