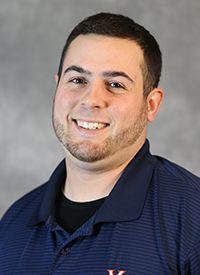 Bialkoski served as the Director of Baseball Operations for the at University of North Florida during the 2016 and 2017 seasons where he coordinated on-campus recruiting visits, video, youth/prospect camps and travel. As an undergraduate he was a student manager for both the men’s basketball and baseball programs at UNF for two seasons.

He spent the summer of 2017 with the Hyannis Harbor Hawks of the Cape Cod League as a MLB Scout Liaison and previously held internships with the Jacksonville Suns (AA-Miami Marlins) and the Drayton Florence 7v7 Football Tournament.

A native of Jacksonville, Fla., Bialkoski earned his Bachelor’s Degree in Sport Management from North Florida in 2017.