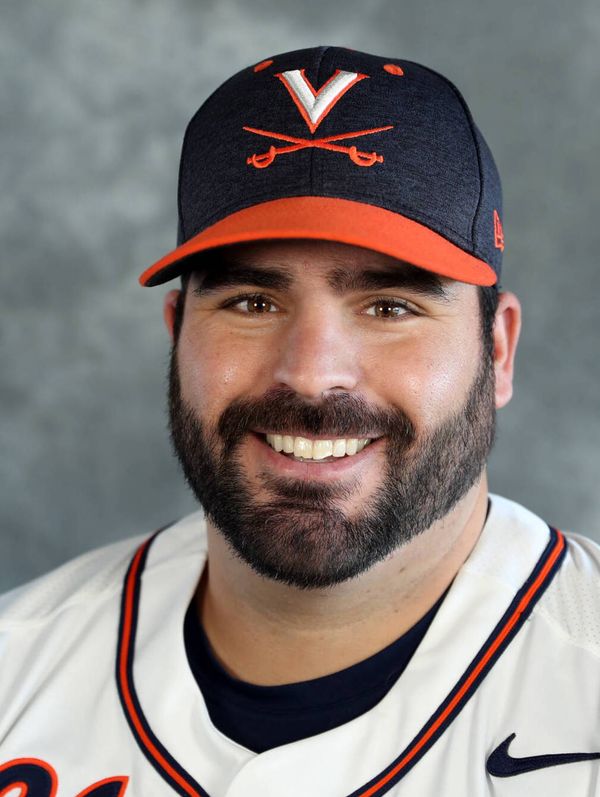 Garza enters his third season with the Cavaliers as the program’s coordinator of video and scouting. Prior to his arrival in Charlottesville, Garza served as a volunteer assistant coach at the United States Naval Academy for the 2018 season.

In his lone season at the Naval Academy, the Midshipmen posted 38 wins, the second most in program history, en route to the Patriot League Championship series. Garza finished his professional career as an infielder and hitting coach with the Joliet Slammers of the Frontier League of Professional Baseball.

Garza, who was drafted in the 20th round of the 2012 MLB Draft by the Milwaukee Brewers, spent four seasons in the Brewers’ minor league system from 2012 through 2014. During that time he played in 260 combined games over the Rookie, Low-A and Advanced-A levels, with a .283 batting average, 91 runs scored, 66 extra-base hits and 95 RBIs. In 2015 and 2016, Garza joined the independent ranks and played with the Joliet Slammers of the Frontier League. As a corner infielder in 113 games, he compiled a .290 batting average with 55 runs, 39 extra-base hits and 66 RBIs in his two seasons.

Prior to professional baseball, Garza’s collegiate playing career began at Stanford University before transferring to Georgetown University following his freshman season. As a member of the Hoyas, Garza suited up in the infield for 110 games and earned All-BIG EAST First Team and ABCA All Mid-East Region playing honors in 2012.

His prowess in the regular season college ranks came in addition to his success on the summer baseball circuit with accolades including, a nod as a 2010 Valley Baseball League All-Star and 2011 Cape Cod Baseball League Playoff MVP. As a member of the Harwich Mariners of the CCBL in 2011, Garza spearheaded the team’s title run and second league championship in four seasons.

A 2012 graduate of Georgetown University, Garza is a native of San Antonio, Texas where he grew up and played high school baseball. Helping guide his team to two Texas 5-A State Playoff berths, Garza finished his prep career with a number of accolades including being named the 2008 Texas High School Baseball Player of the Year.

Garza currently resides in Charlottesville, VA with his wife, Danielle. The son of Dr. Ramon Garza and Mercedes Garza, Mike has two younger brothers, Eric (Georgetown University ’17) and Ramon (University of Texas at Dallas ’21). Eric, a musician/artist, also known as “Eric Heron”, played collegiately at Texas Christian University (TCU), San Jacinto College and Georgetown University, where he participated in both the NCAA College World Series in 2014 and the NJCAA World Series in 2015. Ramon is in his first year at UTD after transferring in from Cornell.