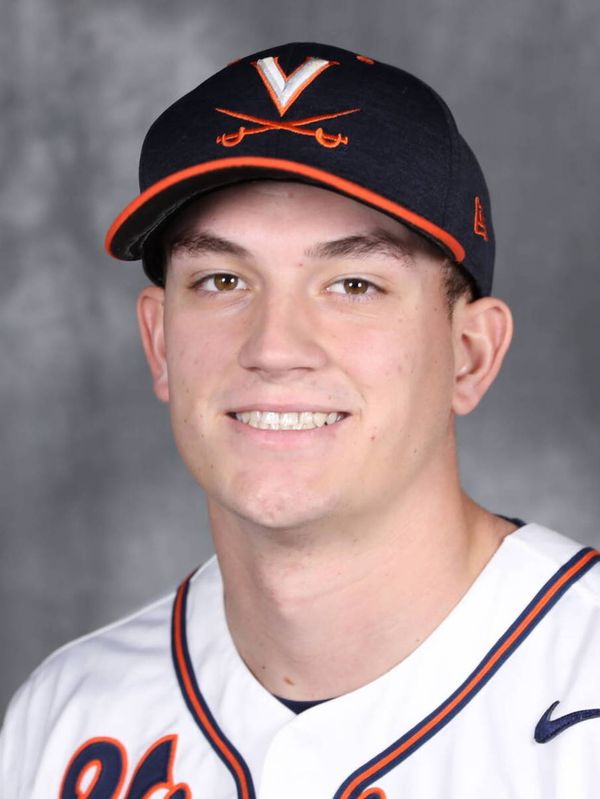 2022
• Appeared in seven games, all in relief
• Earned a save in his collegiate debut after pitching the final 3.1 innings in a 14-4 win over Rider on March 15. He allowed one earned run struck out three batters in the contest. The outing was his longest of the season.
• Sported a 3.97 ERA over 11.1 innings pitched on the season. Struck out six batters and walked seven.
• Was one of four pitchers on staff to earn a save in 2022.
• Pitched three games of scoreless relief against Towson (3/22), Liberty (4/6) and George Mason (4/27).
• Saw action in ACC contests at Miami (4/10) and at Pitt (4/15)
• Named to the ACC Academic Honor Roll

GEORGE WYTHE HIGH SCHOOL
• A three-sport athlete at George Wythe, lettering all four years in baseball, golf and basketball
• As a two-year captain of the baseball team, he earned All Mountain Empire honors as a junior and was a two-time member of the Region 1C team
• His junior season, he struck out 101 batters in 54 innings pitched while holding a 1.00 ERA. At the plate he posted a .429 average
• Played four years of varsity golf and was a member of three 1A State Championship teams
• Also a two-year captain of the basketball team and was a three-time second team Mountain Empire honoree. The Maroons qualified for three state tournaments including a state runner-up effort
• Played on the Kansas City Royals Scout Team (2019) and with fellow teammate Alex Greene

PERSONAL
• Born in Marion, Va.
• Son of Daniel & Deanna Mabe
• Has an older sister Taylor
• Yet to declare a major at UVA
• Recipient of the 2022-2023 McQuade Family Bicentennial Scholars Fund