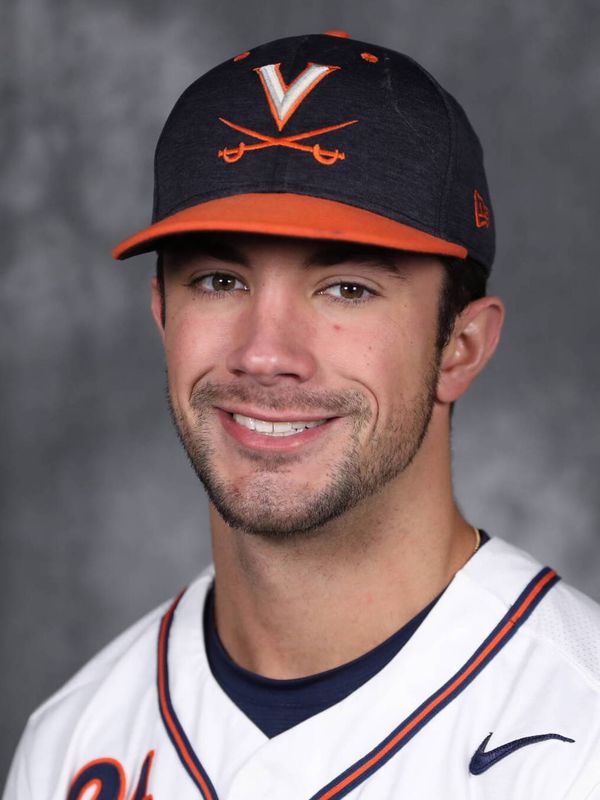 2022
• Appeared in four games, including starts in the first two games of the year, before his season was cut short due to injury.
• Was 3-for-10 with three runs scored and a double on the season.
• His first hit of the season came in the season opener against Bellarmine, a double which was one of six Cavalier hits on the afternoon.
• He was successful on his only stolen base attempt, swiping a bag and scoring a run in UVA’s 7-0 win over Gardner-Webb on Feb. 19
• Came off the bench to go 2-for-3 with two runs scored against Cornell on Feb. 25
• Listed on the ACC Academic Honor Roll