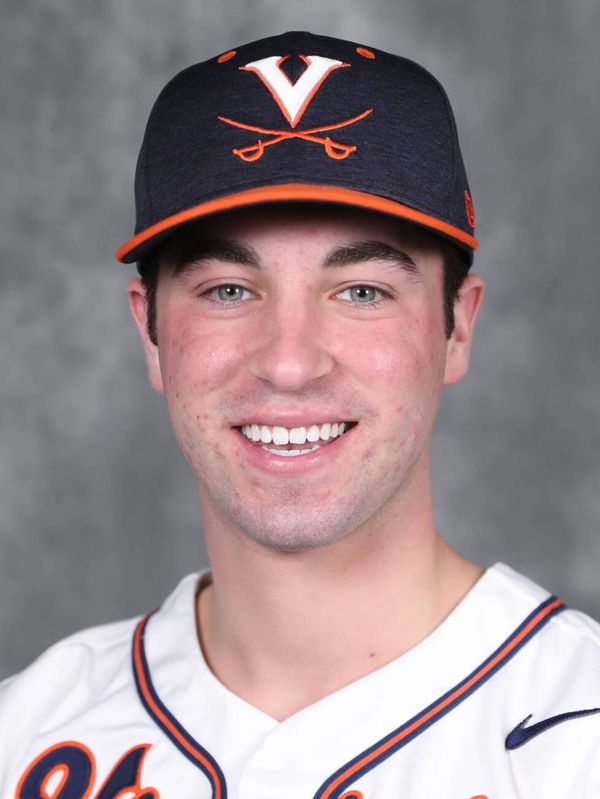 2023
• Was the overall champions for pitchers for the third-straight season in the Iron Cavalier competition (Fall of 2022), the program’s offseason conditioning program.

2022
• Made 16 appearances on the mound, all in relief.
• Was 0-1 with a 4.19 ERA while fanning 24 batters in 19.1 innings pitched.
• Inherited six runners as a reliever, none of them came around to score.
• Made seven appearances in ACC play and sported a 1.42 ERA in 6.1 innings while striking out seven. Did not allow a run in his first five ACC appearances (4.1 IP).
• Did not allow a run in six-straight outings from March 4 – April 10, a total of seven innings pitched. Seven of his nine earned runs allowed came in two outings.
• Pitched a career-high, four innings at VCU on April 19 and struck out a career-best five batters.
• Repeated as the overall champion for pitchers in the Iron Cavalier competition (Fall of 2021), the program’s offseason conditioning program.

2021
• Missed the 2021 season due to injury.
• Was the overall champion for pitchers in UVA’s Iron Cavalier competition (Fall of 2020), the program’s offseason conditioning program.

2020
• Pitched in four games and made one start.
• Logged a total of four innings, two in relief.
• Made his first collegiate start on the mound in the season finale against UMass Lowell on March 11.
• Struck out two of the three batters he faced in a one inning of relief against Richmond on March 3.