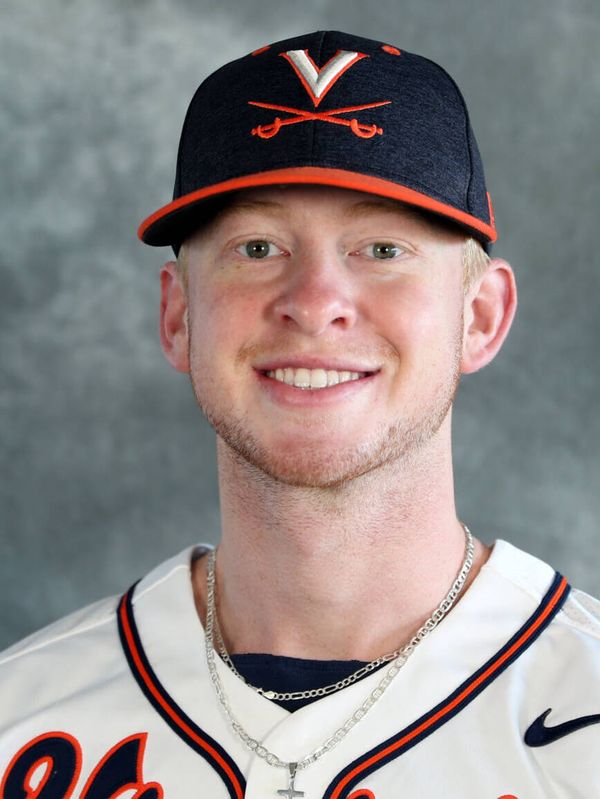 CAREER
• Appeared in 79 games, the ninth most in UVA history

2021
• Appeared in 27 games, all in relief. The second-most of any pitcher on the team and eighth-most in the ACC
• Went 0-1 with a 3.16 ERA and 38 strikeouts in 31.1 innings pitched
• Notched his only save of the season in a 3-2 win over Virginia Tech in the opening game of the ACC Tournament. Threw nine pitches and struck out one in a 1-2-3 ninth inning.
• Recorded his lone hold of the year against UConn in the season opener, pitching a scoreless eighth inning
• Did not allow a run in 20 of his 27 appearances
• Pitched in three of the team’s six shutouts (Richmond on March 9, vs. Towson on March 17 & Dallas Baptist on June 13)
• Struck out a season-best, five batters over 2.1 innings at Boston College on May 20
• One of four Cavaliers named to the ACC All-Academic Team and was also listed on the ACC Academic Honor Roll

2019
• One of five Cavaliers to earn ACC All-Academic Team honors and was also listed on the ACC Academic Honor Roll
• Appeared in a team-high 27 games, all out of the bullpen
• His nine saves were the most on the team and tied for the third most in the ACC
• Credited with wins against Pittsburgh (March 23), VCU (May 14) and Virginia Tech (May 16)
• Saved both ends of the April 6 doubleheader at Notre Dame, the first Cavalier to do so since Branden Kline in 2011
• Was the winning pitcher against Virginia Tech on May 16, the longest game (duration) in UVA history. He tossed two scoreless innings and struck out a pair of batters
• Jumped into the closer role beginning March 15 at Georgia Tech, his first collegiate save. Allowed two earned runs over 10 appearances beginning at GT and recorded six saves in that span
• Co-led the staff with two holds – on Feb. 17  vs. Cal State Fullerton (1.0 IP, 0 ER) & on April 2 vs. ODU (1.2 IP, 0 ER)
• Five of his nine saves came in ACC play