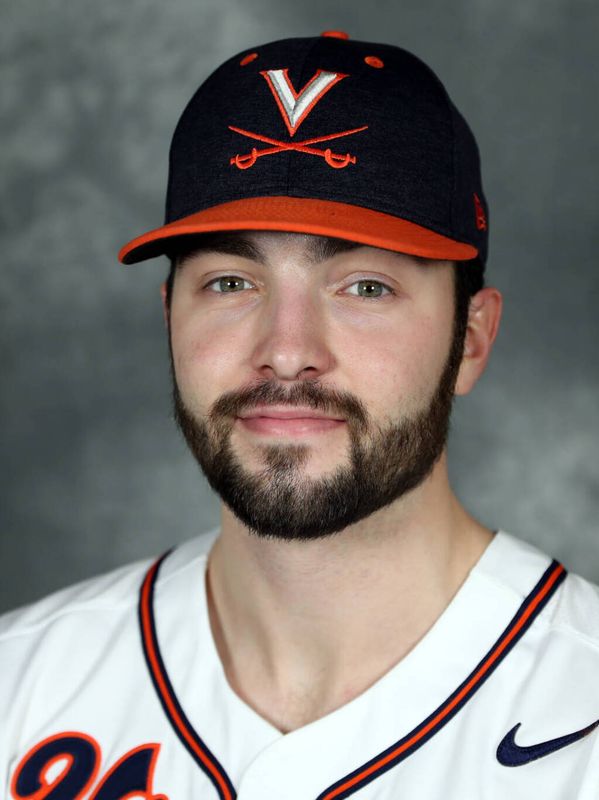 2020
• Started all 18 games in the outfield in his first season at UVA (15 in RF, 3 in LF)
• Batted .303 (20-for-66) with five doubles and 14 RBI
• His 83 plate appearances were the second most on the team and sixth-most in the ACC
• Reached base safely in his final 15 games of the season (tied for the longest streak of any Cavalier in 2020) and 16 of the 18 games he played in
• His team-best, 10-game hit streak ended on the final game of the season
• Tied for the team lead and was tied for second in the ACC with three sacrifice bunts
• Recorded his lone outfield assist, cutting down a runner attempting to score against William & Mary on Feb. 25
• His first hit as a Cavalier was a two-run, two-out single in the top of the eighth in season-opener against Oklahoma
• Reached base five times by going 3-for-5 with four runs scored, two doubles, two walks and three RBI against UMass Lowell on March 10