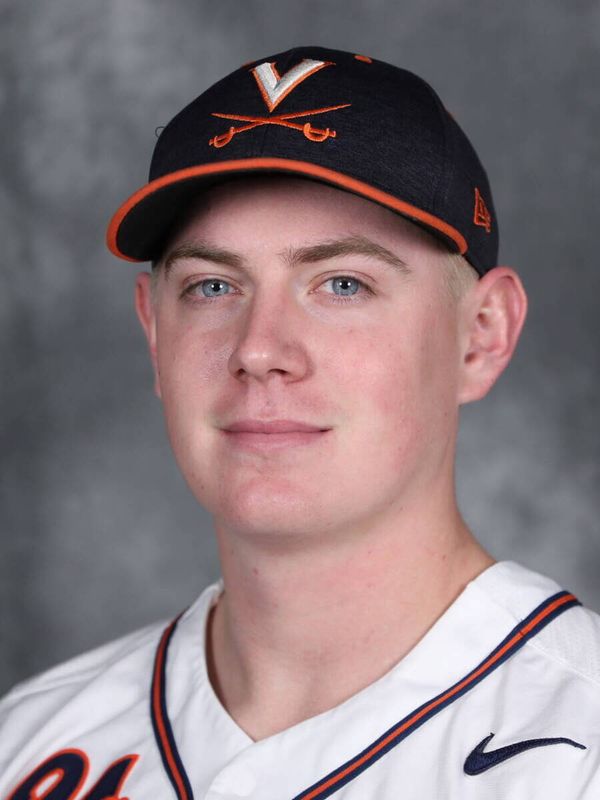 2022
• Signed a free agent contract with San Diego Padres after the season.
• Made 24 appearances on the mound including two starts – ODU (April 12) & VCU (April 19).
• Finished 11 games for UVA, the most on the staff and the 11th-most in the ACC.
• Was credited with the win in the season opener against Bellarmine, after he pitched 3.2 scoreless innings of relief, allowed only one hit and struck out two. He got the Cavaliers out of a bases loaded jam in the fifth and stranded the tying run in scoring position in the eighth.
• Picked up his second win in a 7-6 series opening victory over Boston College on March 18. He retired all six batters he faced and struck out one.
• Over his first nine appearances with UVA he went 2-0 sported a 0.71 ERA in 12.2 innings pitched.
• Recorded one of the team’s three bullpen holds by pitching a scoreless inning against Longwood on May 11.
• Struck out all three batters he faced on 11 pitches against Cornell on Feb. 27, his second appearance of the season.
• Named to the ACC Academic Honor Roll

SUMMER 2021: Appeared in two games for Healdsburg Prune Packers of the California Collegiate League … In five appearances (two starts) was 1-0 with 5.92 ERA and 18 strikeouts in 13.2 innings pitched … Healdsburg won the 2021 CCL Championship