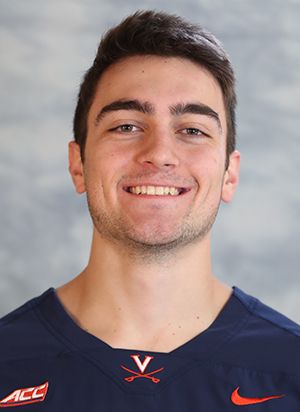 TIFFANY ON KOLOGY
2021 – “Dean of the Defense … understated to call him a coach on the field … provides matchup flexibility:  he can be assigned to a top dodging threat or to an inside threat from where he can direct all traffic.” 2020 – “For unit efficacy, a strong, insightful field commander is highly valued.  With a repertoire of alternatives to employ in ever-changing scenarios of offensive motions and imbalances, Kyle dictates many of our scheme employments and counters due to his highly developed acumen for the game.  Even more impressive is the physical evolution Kyle has undergone as he has enhanced his strength, mass and fitness.” 2019 – “The rest of us are hopeful this once-upon-a-time walk-on is less hesitant as a second-year to bark out orders and dictate more of our schematic maneuvers. He comprehends the game at an extremely high level.” 2018 – “Not recruited and offered little optimism from myself for making the team, much less playing, this first-year has quickly proven me wrong.  How does an unheralded defenseman quickly make such a shockingly positive impression?  Kyle is a very intuitive lacrosse player who makes quick and very often accurate decisions as an off-ball defender.  He is quickly becoming a man we can rely upon and our staff recognizes Kyle makes us a smarter defense.”

2019
• Appeared in all 20 games with 19 starts at close defense
• Picked up 33 ground balls and caused 16 turnovers
• Part of a defense that held Yale, the nation’s No. 2 scoring offense, to its lowest output of the year (9 goals) in the NCAA title game
• Picked up five ground balls against Richmond
• Caused three turnovers against Lehigh
• Caused two turnovers against Yale in the NCAA title game

PERSONAL
• Son of Kevin and Gail Kology
• Has two sisters, Regan and Lara, and one brother, Griffin
• Sister, Regan, swims for Harvard (2014-18) and was a member of the USA National Junior Team in 2014 and 2015
• Sister, Regan, earned a bronze medal for the USA at the Jr. Pan Pacifics in the Open Water 10K in 2014
• Cousin, John Crotty, played basketball at UVA from 1987-91, and played in the NBA from 1992-2003
• Cousin, John Crotty, Sr., played basketball at North Carolina
• National AP Scholar with Distinction
• Morris County Scholar Athlete Award
• National Honor Society
• National French Honor Society
• In 2017 was Vice President of the Future Business Leaders of America and in 2016 was Jr. President
• Major is commerce