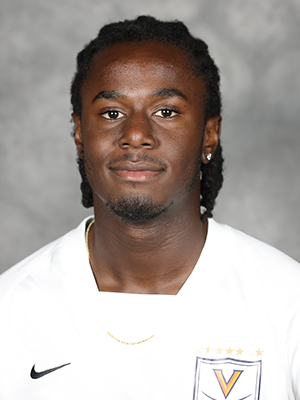 2022
• Appeared in 15 games as a substitute
• Second on the team with six goals on the season
• Entering as a a substitute in each appearance, averaged just 72 minutes per goal scored (433 minutes, six goals)
• Scored the go-ahead goal in UVA’s comeback win over Virginia Tech with a spectacular diving header (9/9/22)
• Leveled the score with a goal in the 89th minute against Notre Dame (9/16/22)
• Netted the opening goal against the run of play in Virginia’s 2-1 win at No. 18 Clemson
• Named to College Sports Communicators Academic All-District Team

PERSONAL
• Has yet to declare a major at UVA
• Born in Cleveland, Ohio
• Son of Erobo Ubogu & Anisa Ssengoba-Ubogu
• Has a younger sister Rezi
• Father played college soccer for Imperial College School of Medicine and Imperial College London, United Kingdom