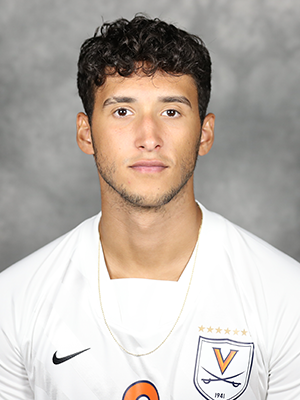 2022
• Played in 12 games, making nine starts
• Helped UVA to a 4-3-2 record in his starts
• Started crucial matches for UVA in the turning point of its season leading UVA to a 2-1-1 record in games against the top-25
• Named to the College Sports Communicators Academic All-District team
• Made a game-saving challenge inside the penalty area to salvage a 0-0 draw with No. 2 Duke (10/7/22)