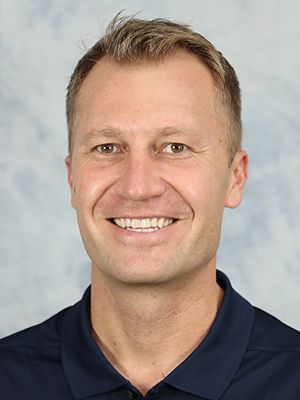 While playing collegiate tennis at the University of Nebraska – Kearney, Thomas gained both singles and doubles all-conference honors in his junior and senior seasons. Thomas was a member of UNK’s first conference championship team and helped the Lopers earn their first-ever berth in the NCAA Sweet 16.

After graduating from UNK in 2005, Thomas coached at the Stanford Nike Summer Camp. He then began working for Peter Burwash International Tennis Management Company.. While a member of PBI, Thomas coached at and managed programs in Palm Springs and Carmel, Calif.; St. John, USVI; Seoul, South Korea; Beijing, China; Peninsula Papagayo, Costa Rica and Abu Dhabi and Dubai, UAE. In 2008, Thomas coached a student to win the Girls U18 Abu Dhabi ITF.

As a member of the Peace Corps, Thomas then moved to Mali, West Africa from 2009 to 2011, where he co-directed the creation of the Malian National Junior Tennis Center. While there, he trained Mali’s top male and female junior athletes and accompanied them to International tournaments in Accra, Ghana and Dakar and Winneba, Senegal. In his second year, Thomas coached Malian Seydou Diallo to win the boy’s U18 category at the ITF West African Junior Championships.

In the fall of 2013 Thomas joined the University of Nebraska – Omaha as the Men’s and Women’s Assistant coach.  Following the 2013-14 season Thomas was named Head Men’s Tennis coach.  In his time as head coach Thomas guided the Mavericks to their first ever conference tournament final, coached six all conference award winners and helped Razvan Grigorescu reach a career high collegiate ranking of 52 and play in the NCAA singles championships.