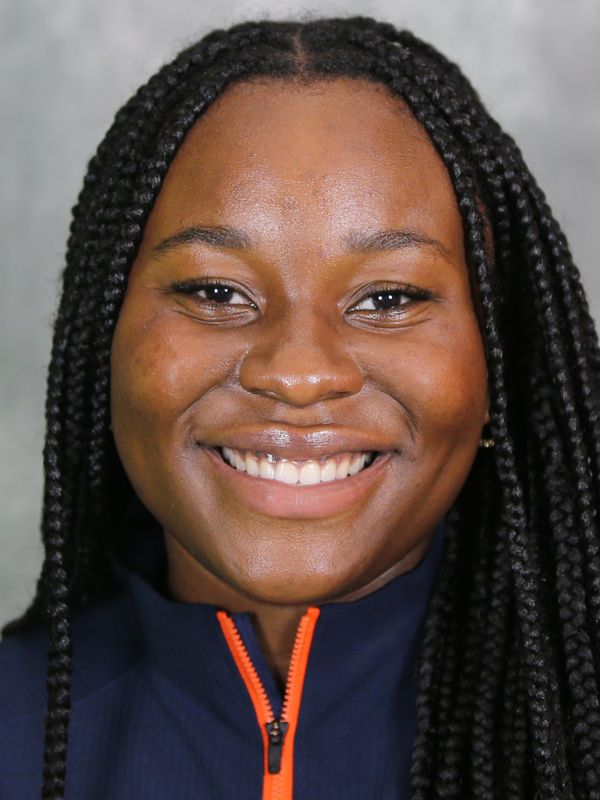 Background
• 2021 Gatorade Georgia Girls Track & Field Player of the Year
• Swept the discus and shot put at the 2021 Class 7A state meet
• Her season-best throw of 47-11 in the shot put ranked No. 19 nationally among 2021 prep competitors and her personal-best discus performance of 159-8 ranked No. 20
• The 2021 Atlanta Journal-Constitution Female Track and Field Athlete of the Year
• She won the shot put at the Georgia High School Champions Challenge in the fall of 2020 and also won the Turkey Toss with a personal-best throw of 48-1.75
• Her best prep throws in the discus and shot rank No. 4 and No. 5, respectively, in state history, according to MileSplit.com
• The shot put and discus champion at 2021 USATF National Youth Outdoor Championships
• Concluded her prep track career with seven individual state titles in indoor and outdoor track.
• In 2020, was the runner-up for Georgia’s Gatorade Player of the Year
• Won the 2019 state championship in shot put
• Had June 14 declared as “Janae Profit Day” in Dunwoody