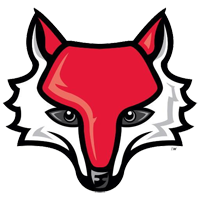 CHARLESTON, S.C. – The Virginia baseball team recorded a pair of wins Saturday in Charleston, S.C. Ranked as high as No. 1 nationally, the Cavaliers (6-0) started the day with an 8-3 victory over La Salle at Charleston Southern’s CSU Ballpark and concluded with a 7-2 triumph against Marist at College of Charleston’s Patriots Point.

Virginia’s weekend series with Marist was shifted to Charleston earlier this week after the recent and projected inclement weather in Charlottesville.

Virginia 8, La Salle 3
Clement, Smith and Daniel Pinero (So., Toronto, Ontario) each homered as the Cavaliers started the day with an 8-3 win against the Explorers (2-3). Clement went 3-for-5, while Pinero and Adam Haseley (Fr., Windermere, Fla.) each drove in a pair of runs.

La Salle scored in the first inning on a two-out RBI single by Cameron Johnson, but the Cavaliers countered in their half of the first as Clement hit a leadoff home run to left, a shot that caromed off the top of the outfield fence for his first college homer.

UVa pushed its lead to 3-1 in the second inning, getting a two-out, two-run double to center from Haseley to score Matt Thaiss (So., Jackson, N.J.) and Justin Novak (Fr., Tokyo, Japan).

Johnson struck again in the third with an RBI single to center to score Michael Flax, but UVa again responded with a run in its half of the inning on a sacrifice fly by Robbie Coman (Jr., Lake Vista, Fla.) to bring home Kenny Towns (Sr., Burke, Va.).

The teams traded solo home runs in the fifth and sixth innings. Smith launched his second home run in as many days with a shot to right-center to lead off the bottom of the fifth, but Mark Williams answered by ripping the first offering from Roberts in the sixth inning over the scoreboard in left-center field.

UVa tacked on a pair of insurance runs in the eighth inning as Pinero hit a sacrifice fly to score Clement and Haseley scored on a wild pitch.

Virginia 7, Marist 2
Virginia used a five-run seventh inning to break open a one-run game and finish off the Saturday sweep. Smith went 3-for-3 and reached base four times, while Thaiss had a pair of hits and drove in two runs. Eight UVa players combined for 11 hits for the Cavaliers.

In his first career weekend start, Virginia starting pitcher Alec Bettinger (So., Woodbridge, Va.) worked five shutout innings, giving up just five hits while striking out six to earn the win and improve to 1-0. David Rosenberger (Jr., Bethlahem, Pa.) pitched the final four innings to notch his first save. Marist starter Rich Vrana (0-1) was saddled with the defeat after allowing five earned runs, seven hits and a walk in 6 1/3 innings.

After both teams threatened in each of the first three innings, Virginia broke the stalemate with two fourth-inning runs. UVa loaded the bases with none out on a Towns walk, Smith hit by pitch and Thaiss bunt single. A wild pitch allowed Towns to scamper home, and Charlie Cody (Fr., Chesapeake, Va.) then hit a grounder that was booted by shortstop John Brucker, with Smith scoring on the play.

Marist scored in the seventh inning following a leadoff triple to center from Tyler Kirkpatrick and a one-out RBI grounder from Ryan Lynch.

With a tenuous 2-1 lead, Virginia broke the game open in the seventh inning, scoring five runs while sending to 11 batters to the plate. With one out, the next eight Virginia batters reached base – six via base hits. Clement reached on an infield single and motored all the way around to score on a Haseley triple to left-center. After Pinero was hit by a pitch, Vrana was replaced by Tyler Dearden, who gave up consecutive RBI singles to Towns and Smith before Thaiss launched a ball to right that fell just feet shy of a grand slam and settled for a two-run double. The Red Foxes again went to the bullpen, but Sean Keenan gave up an RBI single to Charlie Cody (Fr., Chesapeake, Va.) to complete the scoring.

Marist cut a run from the lead with an unearned run in the eighth inning on a Steve Laurino single to plate Joey Aiola.

Virginia’s weekend journey to Charleston concludes Sunday when the Cavaliers go for the three-game series sweep against Marist at 11 a.m. at Joseph P. Riley, Jr. Park, home of the single-A Charleston RiverDogs.

UVA Leads After Day One at Mercedes-Benz Collegiate
Women's Golf

UVA Leads After Day One at Mercedes-Benz Collegiate