Virginia placed fourth in the men’s 8k race with 92 points. No. 6 Notre Dame topped the competition, scoring 40 points to win the event for the second time in three years. No. 21 NC State finished second with 54 points and Wake Forest finished third with 86 points.

No. 4 NC State won its fifth consecutive women’s ACC title with a score of 47. No. 25 Georgia Tech finished second with 99 points as No. 21 Florida State placed third with 109 points. The Cavaliers scored 205 points for seventh. 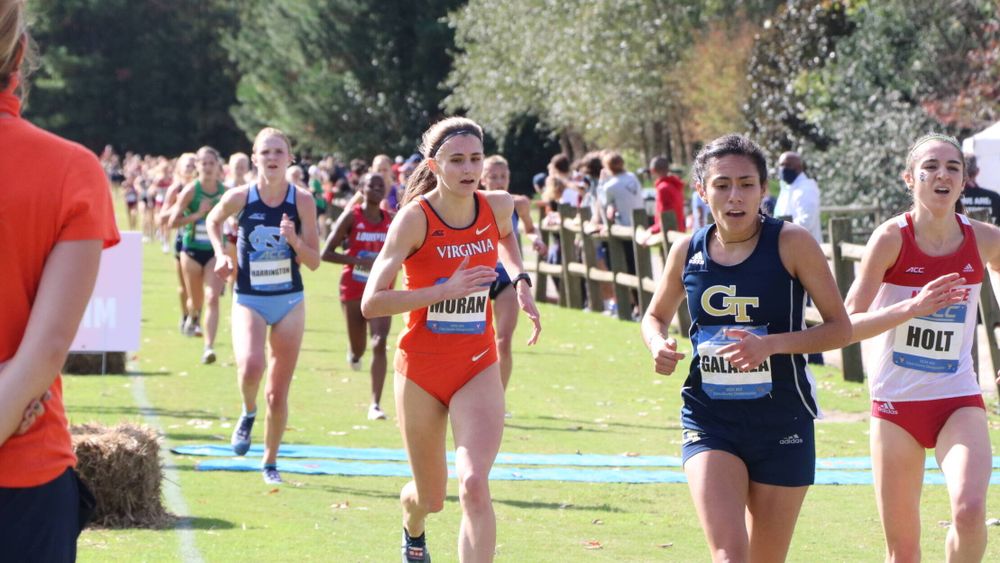 Quote for Vin Lananna
“The watchword for the entire program is improvement,” director of track & field and cross country/associate athletics director of administration Vin Lananna said. “Three guys in the top 13, which is fantastic. Twenty-five points in the three. I think it’s a good example of a team that is on the improved mark. The women were piles ahead of last year. The women ran tough throughout the race and as we continue to improve, we’ll see next year will be a completely different story.”

Next
The Cavaliers will wait for selections to be made by the NCAA for the national championships held in Stillwater, Okla., on March 15, 2021.

Johnson Advances to Finals of 3000m Steeplechase at NCAA Championships