CHARLOTTESVILLE, Va. – The Virginia women’s tennis team has signed Elaine Chervinsky to a National Letter of Intent, head coach Sara O’Leary announced on Thursday (Nov. 12). Elaine is originally from Baltimore, Md., but currently training at the Evert Tennis Academy in Boca Raton, Fla. Chervinsky will join the program for the 2021-22 academic year.

A five-star, blue chip recruit according to TennisRecruiting.net, Chervinsky has been ranked as high as No. 6 nationally.  She is currently the No. 11 recruit nationally and the third-ranked recruit in the Southeast and the state of Florida.

“We are thrilled to add Elaine to our UVA family,” said Virginia head coach Sara O’Leary. “Her passion for tennis, academics and the University of Virginia set her apart and we cannot wait to get her here on Grounds next fall. Elaine’s commitment to excellence in all aspects of her life make her a tremendous addition to our program, as we continue our work to compete at the top level of college tennis and produce student-athletes of the highest character.” 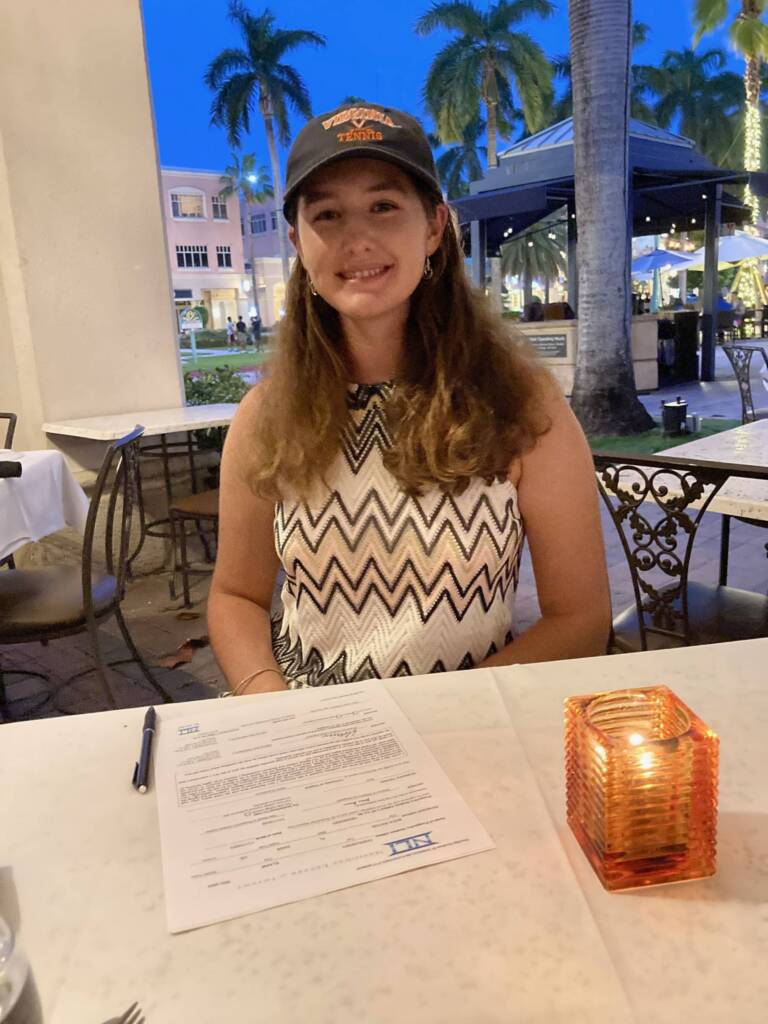 Chervinsky has competed in several ITF professional tournaments over the years with one of her best performances coming at the $15k in Williamsburg, VA., in 2019.  At that event, she advanced to the semifinals in singles and the finals in doubles.

In 2019 Chervinsky advanced to the singles quarterfinal at the 55th ITF Coffee Bowl in Costa Rica while capturing the doubles title. She also reached the quarterfinals of the J1 in Barranquilla.  Earlier this year she won the 2020 Oracle ITA Summer Circuit singles title in Lakeland, Fla.