CHARLOTTESVILLE — Jay Huff timed it perfectly—or so he thought.

In August 2016, Huff was a freshman on the University of Virginia men’s basketball team that toured Spain, an experience that produced a trove of memories for a tall, skinny kid from Durham, N.C.

He redshirted in 2016-17, and so when UVA scheduled an August 2020 trip to Italy, Huff fully expected to take part as a fifth-year senior.

“Then COVID hit, and I wasn’t able to,” Huff said, shaking his head Tuesday at John Paul Jones Arena.

The pandemic forced Virginia’s tour of Italy to be pushed back twice: first to August 2021 and then to this summer. The Cavaliers leave Wednesday for a 10-day journey that will take them to Rome, Florence, Rapallo and Portofino, among other cities in Italy. Along the way, they’ll play four games against European teams.

Huff, who’s now with the Los Angeles Lakers, has been in Charlottesville working out and practicing with the Wahoos for much of the summer. He’ll have mixed feelings when they head overseas without him.

“Italy is a country I’ve really wanted to travel to,” Huff said.

He smiled. “I’m a little bit bitter, but it was uncontrollable. It was COVID. What are you going to do? But they’re going to have a blast, and I think for this team in particular, it’ll be really good for them. Because there are a lot of young guys, but there’s also a lot of older guys who have been around, so it’s a good setup for them.”

This will be the Hoos’ third visit to Europe during Tony Bennett’s tenure as head coach. In 2012, Virginia traveled to the Netherlands, Belgium and France. The NCAA allows a team to take such trips every four years.

“The experience is amazing from a cultural, educational standpoint,” Bennett said this week at JPJ, “and with the relationships, the bonds that the players not only get with each other, but with the coaches, with the coaches’ families, the support staff, everyone. That’s chemistry, that’s team-building, that’s priceless in terms of that.”

Long after their basketball careers are over, the players will be able to look back on the trip and remember the highlights.

“I watched [the film] ‘Gladiator’ four days ago, because we’re going to be at the Roman Colosseum,” Bennett said. “So that stuff I love. And you get to eat some great Italian food.” 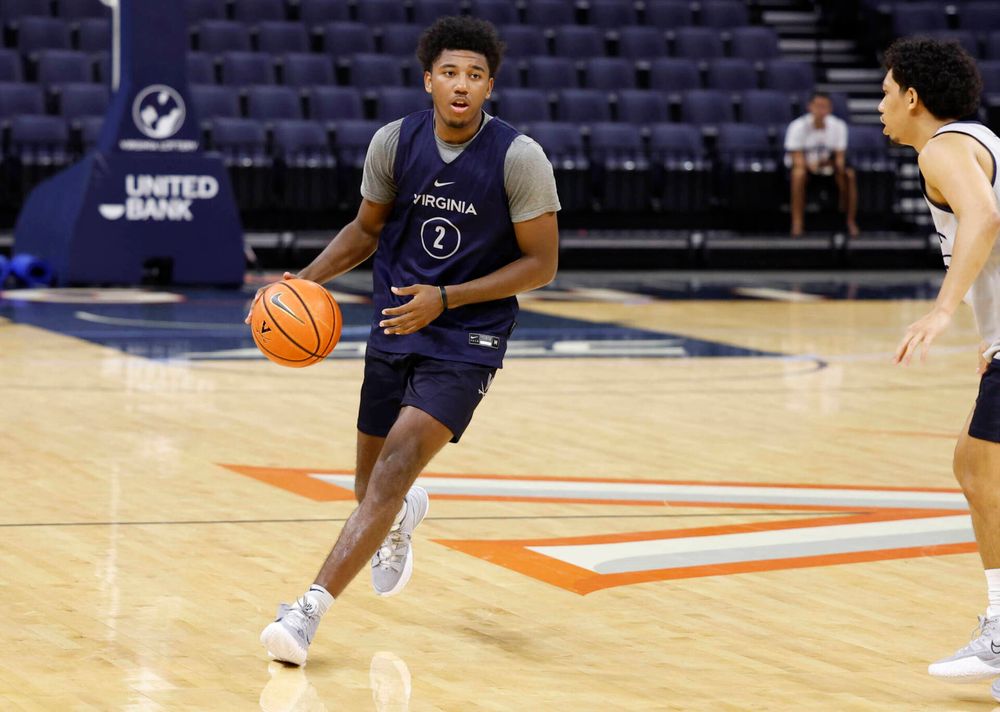 These international tours are especially beneficial, Bennett said, “whenever you have a big incoming class, and Ben’s part of that class. We have five new people, and Taine’s in his second year. It’s just a good way for them to get practices and get some game experience. You’re not really worried too much about the win-loss [aspect].”

The Cavaliers will play their first game Aug. 13 in Rome, their second game Aug. 15 in Florence, and their third and fourth games Aug. 18 and 19 in Rapallo. The level of competition on these tours usually varies from game to game, but “there’s a team we’re playing twice that we’ve heard is really good, so that might be a great opportunity to see what you can do,” Bennett said. “But I feel like the value is in getting 10 quality practices that you normally wouldn’t get. Every coach will tell you that.”

The NCAA permits a team that’s headed out on a tour to hold 10 additional practices in the summer. After a two-week break last month, the Cavaliers reconvened at JPJ for practices that, at various times, included program alumni Huff, Anthony Gill, Sam Hauser and Mamadi Diakite. Other former Cavaliers, including Ty Jerome, De’Andre Hunter, Jack Salt and Justin Anderson, also trained at JPJ this summer.

“It’s wonderful,” Bennett said of seeing former players back in town. “It just gives you a great sense of joy, and we’ve got to keep finding ways to connect with our guys. I told our staff, and even the alumni, that we try our best, during the time they’re here with us, to pour into them and show them the right ways. And I think when they leave and they come back, they sometimes get reminded that this is a pretty amazing place. The place itself, the people, the camaraderie that we have, and what’s been built here. It makes me smile that they enjoy it when they come back, and they have a good, warm, fuzzy feeling, even if their time here wasn’t perfect, which is part of it.”

The extra practices, Beekman said, have “been real competitive, with some of the older guys coming back and playing, which is helping us out. We’ve been able to cover a lot and work on a lot of defensive stuff that’s going to help us in Italy and during the season. Just having these extra 10 practices is going to help us, I feel like.”

A typical practice for the Italy trip lasted about 90 minutes, “and you can take your time,” Bennett said. “You don’t feel like you’re against the clock. You can teach a little more and just give them a taste of [what’s to come].” 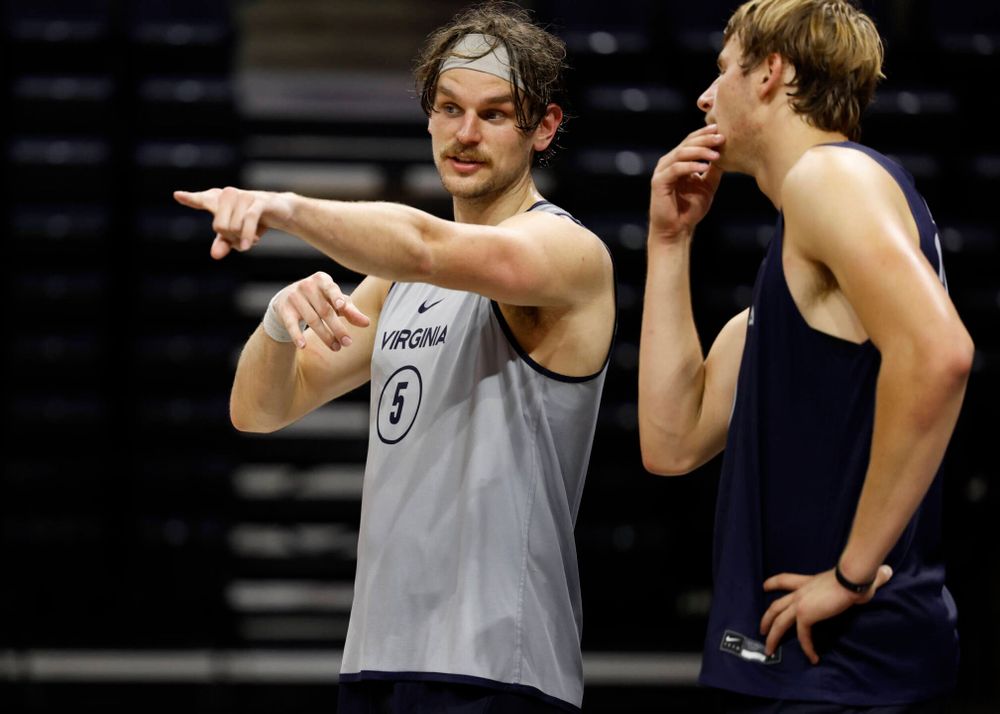 In two recent sessions at JPJ, Sarah Annunziato, a professor of Italian studies at UVA, introduced the players to some phrases that will be helpful on their trip and gave them an idea of what to expect in Italy. Caffaro, who’s from Argentina and speaks Spanish fluently, proved a quick study, and his teammates took away valuable lessons too.

Bennett is delighted to be returning to a country in which he has deep roots. His father’s side of the family is from Italy, where they were the Benedettis.

In 2000, when Tony was on the staff of his father, then-Wisconsin head coach Dick Bennett, the Badgers toured Italy, where they visited Rome, Milan, Lake Como and Borneo.

His wife, Laurel, accompanied him on the 2000 tour, and she was pregnant with their first child, Anna, who’s on this trip, too.

For Bennett’s players, this is uncharted territory. Beekman, for example, grew up in Wisconsin and Louisiana and has never been to Europe.

“I’m excited just to see all the different tourist spots we’re going to,” Beekman said, “and just get some exhibition games in against some competition.”