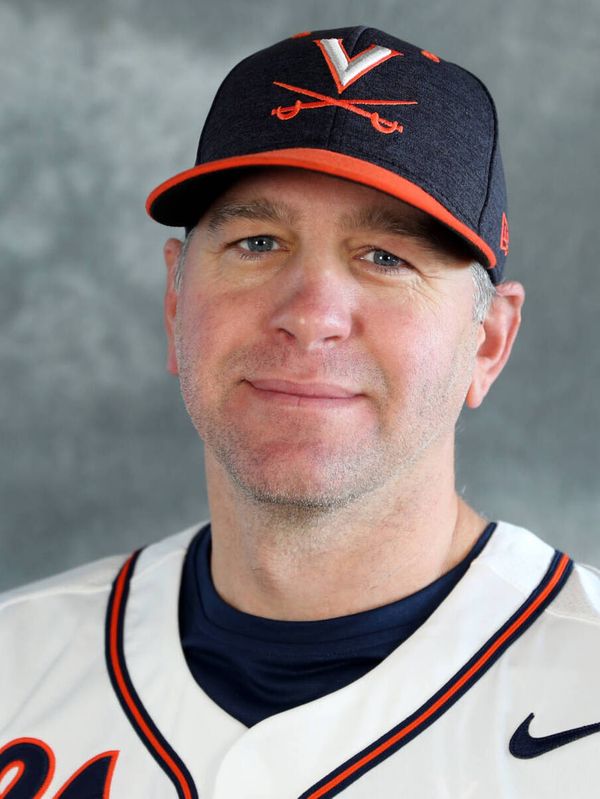 In 2021 the Virginia pitching staff was the backbone of Virginia’s run to its fifth College World Series. Under Dickinson, UVA hurlers shattered the program’s decade-old record for strikeouts in a season with 687. The total was the most in the ACC and ranked fourth overall in the NCAA. UVA returned to the NCAA top-20 in earned run average, posting a team ERA of 3.62, the 14th best in the nation.

Dickinson’s 2021 staff was headlined by consensus All-American and First Team All-ACC selection Andrew Abbott who was converted to a starting pitcher prior to his senior campaign. The lefthander led the ACC and ranked third in the nation in strikeouts with 162. He pitched seven innings of the program’s seventh no-hitter in which he struck out 16 batters against Wake Forest on May 14. Reliever Blake Bales was one of three pitchers nationally to be named a finalist for the NCBWA Stopper of the Year Award and was the third finalist in program history.

Abbott went on to be selected in the second round (53rd overall) by the Cincinnati Reds. Including Abbott, four Cavalier pitchers – Griff McGarry (Philadelphia Phillies), Mike Vasil (New York Mets) and Zack Messinger (New York Yankees) were selected in the first 13 rounds of the 2021 MLB Draft, the most of any ACC school and tied for the second most in the country.

The 2021 postseason was marred by elite pitching performances including a combined 24-strikeout effort by McGarry and Brandon Neeck against No. 15 Old Dominion in the NCAA Columbia Regional. It was the third most strikeouts in a nine-inning game in NCAA baseball history.

Despite a shortened season in 2020, the Cavalier pitching staff already was quick to make strides under Dickinson’s leadership. Weekend starters McGarry and Vasil ranked both in the top 15 in the ACC in ERA and closer Stephen Schoch was tied for second in the league (8th in the NCAA) with five saves. As a staff, Virginia accumulated 199 strikeouts, tied for the 10th most in the NCAA.

Dickinson helped the Illinois pitching staff to an unprecedented amount of success during his tenure. Under his guidance, the Illini established new school single-season records for ERA and strikeouts. Dickinson has coached two Big Ten Pitchers of the Year, 15 MLB Draft picks (including two first rounders) and four-All-Americans. The success on the mound helped Illinois win 60.3 percent of its games over the last six years (202-133-1), one of the Illini’s best runs ever.

Illinois has developed a postseason pedigree over the past nine seasons, qualifying for four NCAA Tournaments and the 2015 NCAA Super Regionals. The Illini were crowned Big 10 Champions in 2015 after posting a 50-10 overall record with a 20-1 mark in league play. In that season, Dickinson’s pitching staff led the way with nation’s fifth-lowest team ERA (2.55), fourth-lowest WHIP (1.13) and fifth-lowest strikeout-to-walk ratio.

One of the best pitchers in Illinois history, Dickinson was selected in the 28th round by the Oakland Athletics in the 2002 Major League Baseball First-Year Player Draft. He was a two-time, Third-Team All-American by Collegiate Baseball (2001 & 2002) and named the Big Ten Pitcher of the Year as a junior. His 30 career wins are the most ever at Illinois and Dickinson ranks in the top-five in school history in career-conference wins (2nd), career strikeouts (3rd), single-season strikeouts (3rd & 5th) and career innings pitched (5th).

Dickinson was a two-time All-Big Ten first-team selection and reached the double-A level with the Oakland A’s. He was a 2003 Midwest League all-star and was named a Top 25 Prospect in the A’s system in 2004.

Dickinson married his wife Michelle in 2015.