Abbott was electrifying from the start. The first eight outs of the game were swinging strikeouts and the first ball put in play didn’t come until the last out of the third inning. He struck out the side four times and retired the final 12 batters he faced. After 105 pitches, Abbott was lifted and received a standing ovation from the Disharoon Park faithful.

An unforgettable final start at The Dish for Andrew Abbott.

The 16 strikeouts by Abbott were tied for the third most in a single game in program history and the most by an ACC pitcher in 2021. The left-hander has fanned 14 or more batters three times, the only UVA pitcher ever to strike out 14 or more three times in one season. Abbott brings is season strikeout total up to 116, the sixth most in a single year in UVA history.

Berry came on in the eighth to record the final two outs and worked around a walk and an error in a hitless frame. McGarry, making his first appearance since April 20th, struck out the first batter and issued a walk to the second batter, Brock Wilken, before striking out the final two batters of the ninth to seal the no-no. 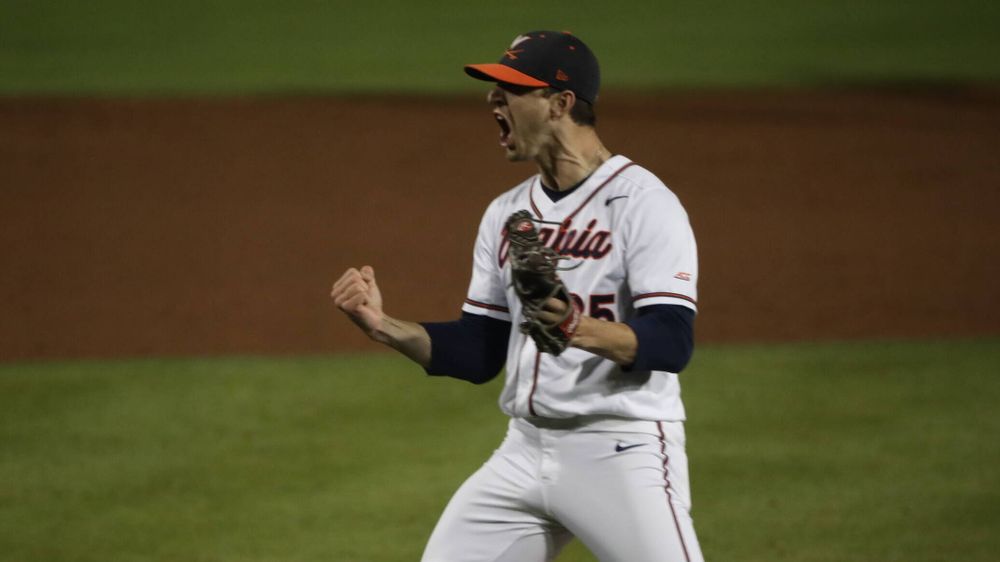 The trio of Abbott, Berry and McGarry combined to strike out 20 batters, the most by Virginia in a single game this season.

“Abbott was just amazing,” head coach Brian O’Connor said. “To see him do what he did tonight in his last game in our uniform (at Disharoon Park) was really, really special. Jake (Berry) did a nice job and then to see Griff (McGarry) out there, he pitched excellent to secure it. When something like that happens it’s a total team effort, Kyle Teel did a great job behind the plate, blocking pitches and running the game. Defensively some guys made some nice plays. It’s a great accomplishment by our team and everyone involved.”

On the offensive side of things, 10 batters were responsible for the 14 Virginia hits. The 17 runs were second only the 18 runs scored in the opener against Virginia Tech on April 30 for the most in a game this season. The Cavaliers scored 15 runs between the fourth, fifth and sixth innings including an eight-run sixth, the highest single-inning output of the season.

Junior Zack Gelof (Rehoboth Beach, Del.) was one of four-multi-hit performers and finished the night 2-for-4 with a home run, three runs scored and two RBI. His two-run homer in the fifth was his sixth long ball of the season and made the score 9-0.

Senior Brendan Rivoli (Douglassville, Pa.) put together his team-leading 18th multi-hit effort after going 2-for-4 with a home run and two RBI. The round-tripper in the fourth was a two-run blast and his first of the 2021 season.

The second game of a three-game set is scheduled for Saturday (May 15) at 6 p.m. The contest will air live on ACC Network and feature Mike Vasil (6-5) on the mound for Virginia against right-hander Rhett Lowder (3-2).