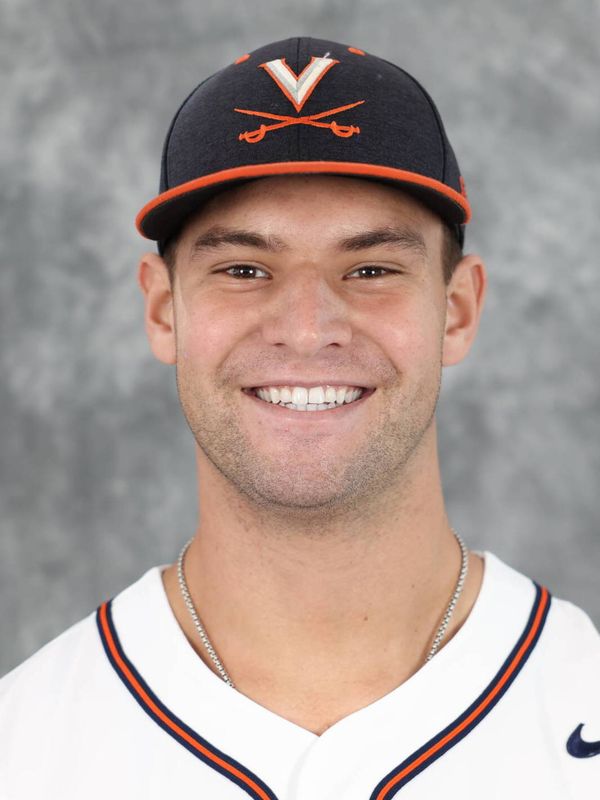 SUMMER 2022: Pitched for the Hyannis Harbor Hawks of the Cape Cod League … appeared in eight games and made five starts … went 3-0 with a 2.93 ERA in 27.2 innings pitched … struck out 23 batters and walked 12 … his three regular season wins were tied for the fifth-most in the league … his best start came against Brewster on July 22 when he went five innings, allowed only one hit and struck out six … started Hyannis’ first round playoff series-clinching win against Falmouth, pitched four innings, allowed two runs and struck out three in a no-decision … played alongside former Cavalier pitcher Brandon Neeck in Hyannis before Neeck was drafted by the Dodgers in the ninth round of the 2022 MLB Draft.

2022
• Appeared in 20 games and made nine starts (eight in ACC play)
• Was 5-3 with a 4.79 ERA in 56.1 innings pitched. Struck out 69 batters, the third-most on the staff.
• Pitched in three of Virginia’s seven shutouts – Gardner-Webb (Feb. 19), William & Mary (March 1) and Wake Forest (March 26).
• Recorded wins over George Washington (March 8), Rider (March 16), Wake Forest (March 26), Georgia Tech (April 3) and North Carolina (April 24).
• In his 11 relief appearances, only allowed three of his 12 inherited runners to score.
• Made his first collegiate start at Wake Forest on March 26 after Brian Gursky was scratched due to an illness. Tossed five hitless innings and struck out a career-high, nine batters. The combined no-hitter attempt was broken up with two outs in the bottom of the ninth inning on an infield hit.
• Following the Wake Forest start he was moved into the weekend rotation for the remainder of the season, primarily serving as the team’s Sunday starter.
• Did not allow an earned run over his first four relief appearances, a span of 8.1 innings. It included a seven-strikeout effort against Cornell on Feb. 25 where he fanned seven of the 11 batters he faced.
• Allowed one earned run over five innings while fanning seven in a 10-3 win over North Carolina on April 24.

2021
• Appeared in six games as a true freshman, all came in relief
• Totaled six innings of work in six appearances. Allowed three runs and struck five batters while walking six.
• Made his collegiate debut on Feb. 20 against UConn
• Retired the final two batters of the eighth inning against Wake Forest on May 14 and combined with Andrew Abbott and Griff McGarry for the program’s seventh no-hitter. Worked around a walk and an error before striking out the final batter of the frame.
• Did not allow a run in his last four appearances, a total of five innings
• Listed on the ACC Academic Honor Roll

BISHOP O’CONNELL HIGH SCHOOL
• No. 1 ranked player in Virginia and the No. 4 ranked LHP in the nation according to Perfect Game
• Named a 2020 Perfect Game preseason All-American before his senior season was cut short by CoVID19
• A four-year letterwinner in baseball and also lettered three times in basketball at Bishop O’Connell
• Played travel baseball for the Richmond Braves 2015-2019 and was also a member of the Royals Scout Team in 2019 along with classmates Alex Greene and Avery Mabe

PERSONAL
• Born in Manhattan Beach, Calif.
• Son of Alex and Nancy Berry
• Has an older brother Brandon who plays golf at Loyola Maryland
• His father Alex played college basketball for Menlo College while his grandfather Richard played both basketball and baseball at Northwestern
• Recipient of the 2022-2023 Charles R. Hooff, Jr. Endowed Baseball Scholarship
• Has yet to declare a major at UVA