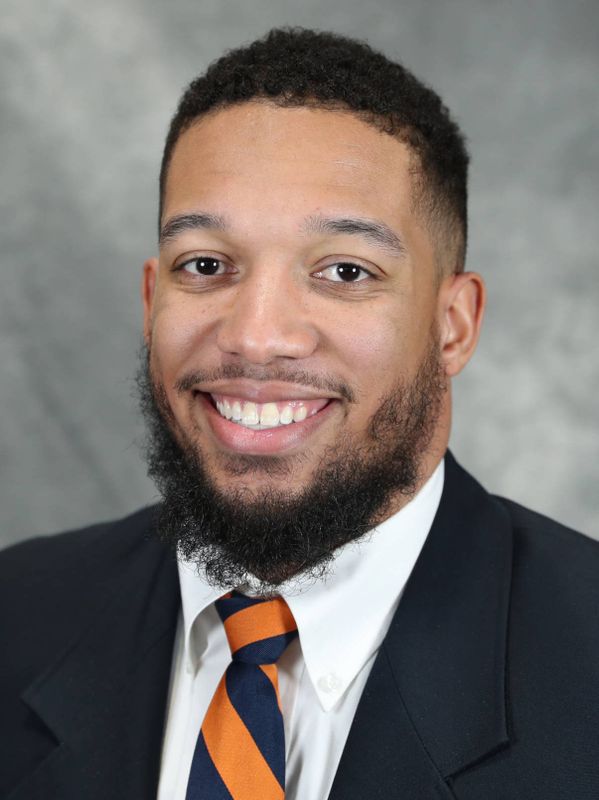 Charles Mack joined Virginia’s staff as a graduate assistant in January 2020. He works primarily with the inside receivers. Mack moved to the coaching staff after spending the 2019 season as a regional scout.

Mack came to Virginia after spending 2018 at Georgia as an event management assistant. Before Georgia Mack was an assistant director of facilities and event management/gameday operations at Richmond, his alma mater.

Mack was a four-year letterwinner at Richmond as a defensive back. He played in 50 career games and posted a career-high 70 tackles in 2016 as a senior.

Mack is a 2017 graduate from Richmond with a degree in leadership studies and sociology. He currently holds a Master’s degree in social and philosophical foundations from UVA.

He is married to the former Carley Wilson.