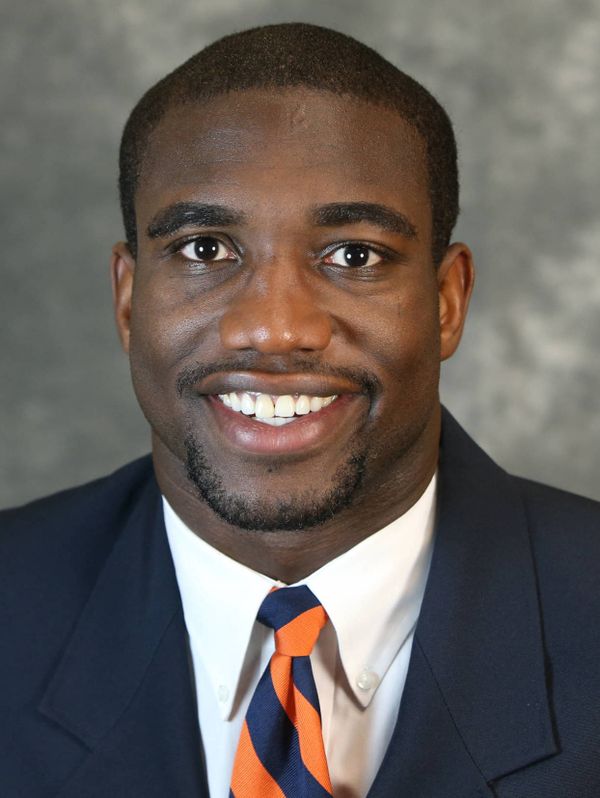 Clint Sintim is in his third year as a defensive coach after returning to his alma mater in 2020. Under first-year coach Tony Elliott, Sintim switches from coaching the defensive line to be the team’s linebackers coach.

Sintim’s front line in 2020 helped the Cavaliers finish No. 11 in the nation with 3.2 sacks per game. UVA’s 32 sacks rank No. 6 all-time on UVA’s single-season list as 9.5 of those sacks were registered by defensive linemen.

Sintim returned to the Virginia after spending the previous three seasons as the linebackers/defensive ends coach for Danny Rocco at Delaware. Prior to that, he coached for Rocco at Richmond in the same capacity during the 2015 and 2016 seasons. Rocco is a former UVA assistant coach.

Sintim, a native of Woodbridge, was a four-year letter-winner at Virginia and served as a team captain as a senior in 2008. He was a second-team All-ACC selection and received All-America honors from Phil Steele and Pro Football Weekly that season. He finished his UVA career with 245 tackles, including 29 sacks and 46 tackles for loss, while playing in 49 games. His sack total ranks as the second highest in UVA history, and his tackles for loss number is tied for the third most by a Cavalier.

After his NFL playing career, Sintim spent the 2014 season with the West Alabama Tigers as the outside linebackers coach and assisted with the special teams as part of the NFL Players Association Coaching Internship Program. Prior to the 2016 season, Sintim took part in the NFL Minority Internship Program and worked with the Washington Redskins during their preseason camp.

An all-state performer at Gar-Field High School, Sintim earned his degree in anthropology from Virginia in 2009. He and his wife, Angie,  had their first child (Aniyah) in 2020.