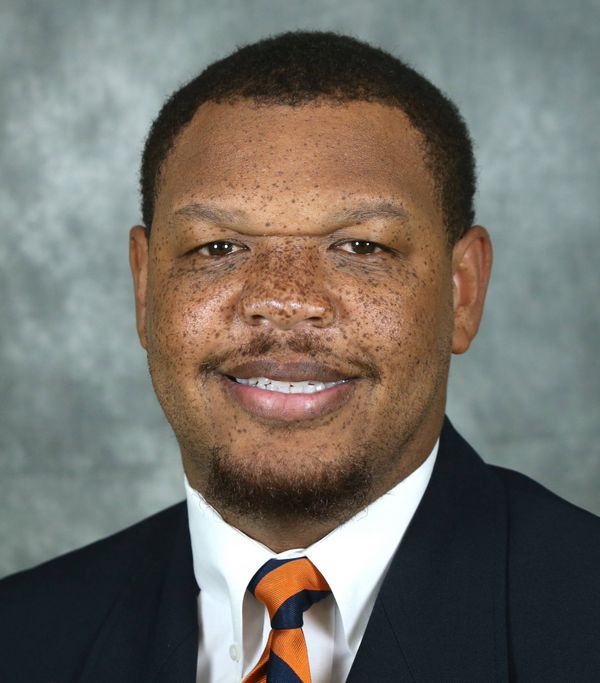 Kevin Downing joined the Virginia program in January of 2022 as the defensive tackles coach.

Downing just completed his third season as an assistant coach at Navy, where he oversaw the defensive ends and raider (outside linebacker) positions in the Midshipmen multiple 4-2-5 defensive scheme.

Navy was 4-8 in 2021 including a 17-13 victory against Army where the Cadets were held to a season low for points. The Navy defense limited Army to 232 yards of total offense and just 124 rushing yards, almost 180 yards below its season average and the Cadets’ lowest total of the season.

In 2020, after a slow start, the Navy defense finished the year with a flurry, holding Memphis (205 yards), Tulsa (296) and Army (162) to under 300 yards of total offense. It was the first time a Navy defense had achieved that feat since 1997 when the Mids did it in seven-consecutive games.

In 2019, Navy had one of the greatest seasons in school history, winning a school-record tying 11 games against just two losses, winning the Commander-In-Chief’s Trophy, sharing the American Athletic Conference West Division title with Memphis and winning the prestigious Liberty Bowl. The Mids’ eight-game improvement from 2018 was the second-biggest turnaround in FBS history.

The Mids finished the 2019 campaign ranked 20th in both the Associated Press and USA Today Coaches Polls. It marked just the second time in the last 56 years that Navy finished in the AP Top 20 (18th in 2015).

A big part of that turnaround was the massive improvement Navy showed on the defensive side of the football as the Mids improved in every major category.

Prior to his arrival in Annapolis, Downing coached for four seasons as defensive ends coach at Kennesaw State, where he mentored a pair of All-Big South selections in Desmond Johnson and Tonarius Portress. Those two ends combined to record 13 sacks and 33.5 tackles for a loss during the 2016 and 2017 seasons.

Downing coached the defensive ends (2010) and wide receivers (2011-13) at Elon. While serving as Elon’s wide receivers coach, Downing helped guide one of the top FCS talents in Aaron Mellette. In 2011, Mellette set an Elon and Southern Conference record with 1,639 receiving yards and led all of the FCS in both receptions per game (10.27) and receiving yards per game (149.00) on his way to being named to seven All-America squads and finishing fifth in the voting for the 2010 Walter Payton Award, the top individual honor at the FCS level. Phoenix receivers averaged 281.45 yards per game in 2011.

Downing helped Mellette again lead the Southern Conference in receiving in 2012 as the senior caught 97 passes for 1,398 yards and 18 touchdowns. He was named to numerous All-America squads and placed eighth in the voting for the Walter Payton Award. Mellette became Elon’s first representative in the prestigious Senior Bowl and was a seventh-round pick by the Baltimore Ravens in 2013.

Downing is a 2004 graduate of North Carolina Central where he played football in 2001 and 2002. During the 2001 campaign, Downing played a key role in helping the Eagles’ defense become the top-rated unit at the NCAA Division II level. He earned a bachelor’s degree in health and physical education in 2004.

Downing and his wife, Nia, have three children, Kevin Jr., Kailey and Kaiden.